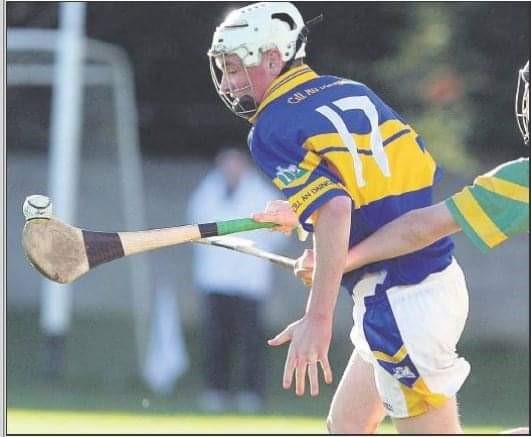 We make a return to Australia for this weekends Kiladangan Abroad series where we talk to James Mulqueen who has been based in Sydney since November 2018. Enjoy!

My connection with Kiladangan GAA started at a very young age. The first Kiladangan match that I attended was when I was just 3 days old. Two of my uncles Martin and Paul Hogan would have hurled for the club at the time so my early years would have involved going to all the matches that they were involved in. I would have started playing for Kiladangan at Under 8 level and at that age we were being trained by Kiladangan heroes Dermot Hogan and Dan Hackett so keeping interest in the game was easy. As the years went by, while we weren't getting much luck on the field in underage success, I was lucky to make great friends that I'm still close with to this day - Alan and Paul Flynn, Jack ‘Beans’ Loughnane, Matthew Harty, Tadhg Gallagher, Johnny Horan, David Sweeney, Darren Moran, Cathal Hayes, Tom McLoughlin and Willie Connors to name a few (closest age group). Through the years there were days on end, spent morning to night in the field in Puckane between sideline competitions, games of 21 and free taking exhibitions. There was never a dull moment! It wasn’t until an U16 'C' hurling medal came that we tasted our first bit of silverware together (C grade a long way from where club is competing at now). We had to wait until the Under 21 grade came along for two 'B' titles before my favourite playing memory of the club yet. It was my last year at Under 21 and while numbers weren't great (sometimes 9 or 10 present of a full panel of 18). What we had was a close-knit bunch of friends and we were under the brilliant management of Kiladangan heroes Darragh Egan, Liam Kelly and Joe Gallagher. We won the North 'A' final whilst coming very close to a county title! The next 3 years were filled with working abroad and travelling, so hurling was put to the side but I returned for one year of Intermediate hurling before my exit to Oz! 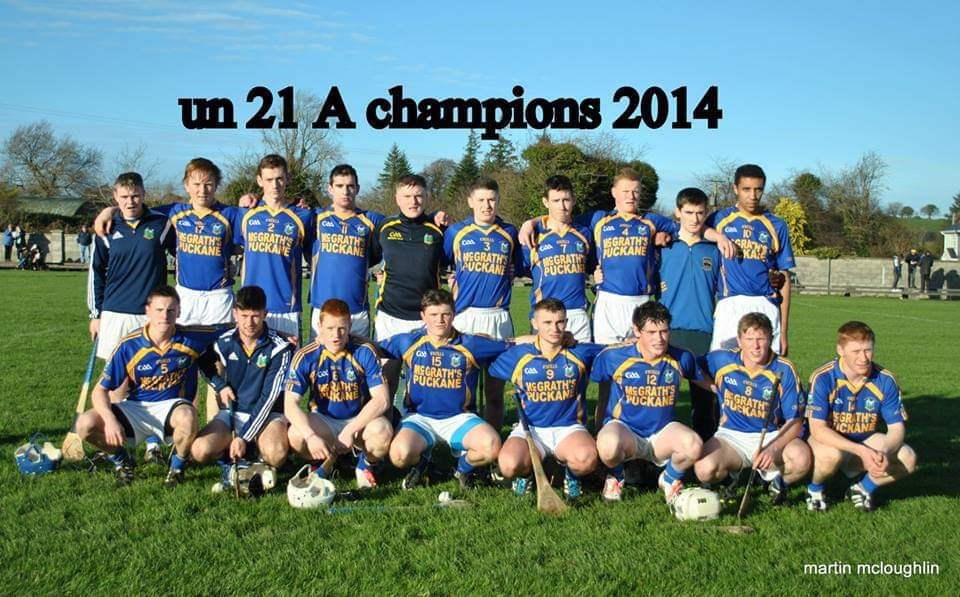 I moved to Sydney, Australia in November 2018. I travelled over by myself to a friend from Silvermines, Paudie Fogarty, and stayed with him and got to know the place before my girlfriend Sarah Butler followed over 2 months later. The plan at the start was to do a year, travel around and head home, but things never go to plan. Settling in was easy with loads of Irish around! I started work as an Electrician pretty much straight away after landing here until it was time to go to do the dreaded regional work to gain a second year visa. I moved out to the sticks 4 hours inland from Sydney but was lucky to continue working as an Electrician in a prison which was handy unlike some more unfortunate 'backpacker' experiences. After returning from regional work there was travelling done around the east coast of Australia, Bali, Japan and a trip home for good luck. We obtained a sponsorship visa until 2022 shortly after Christmas so it will be Sydney for another while yet! 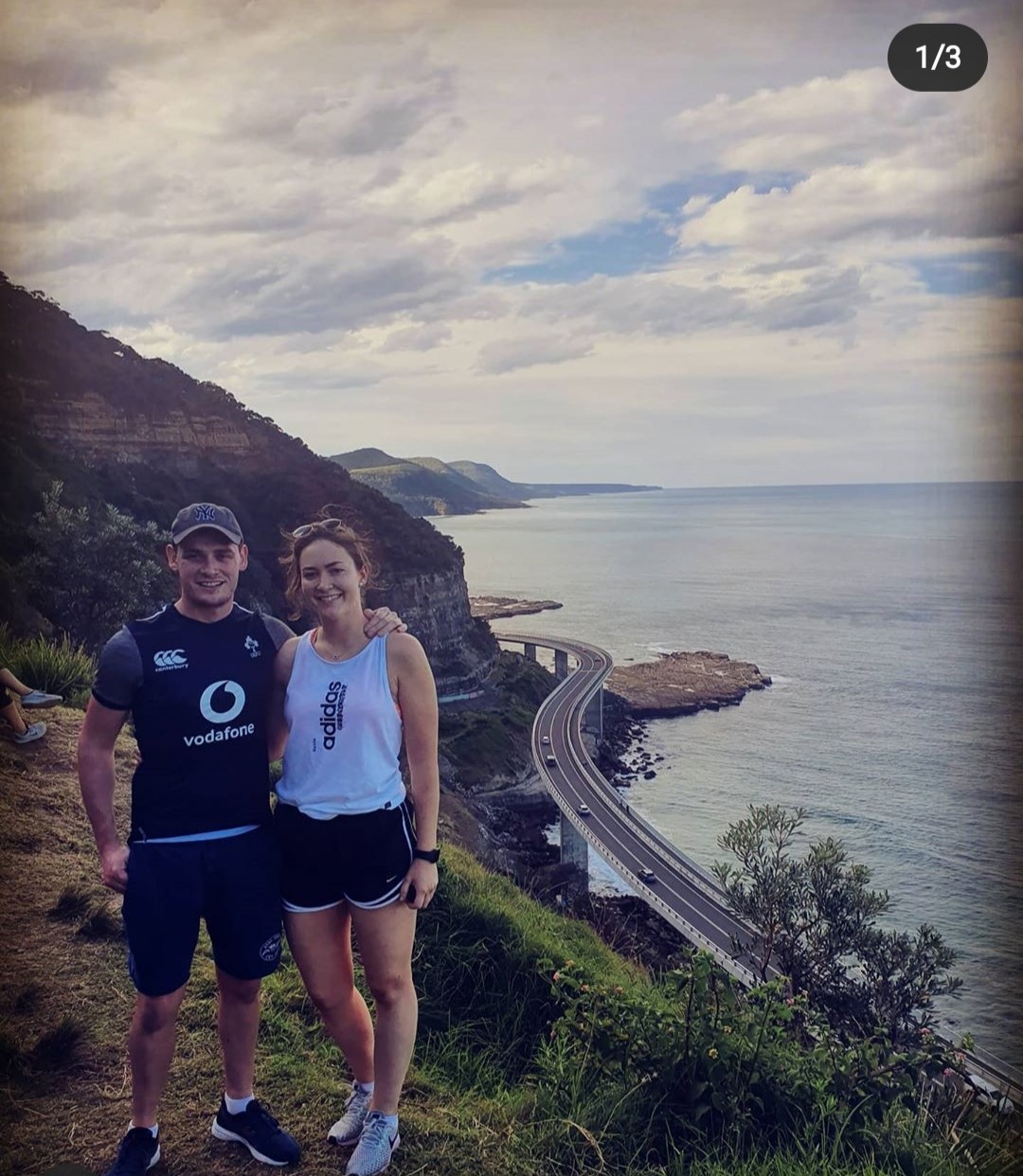 James and Sarah along the Sea Cliff Bridge south of Sydney 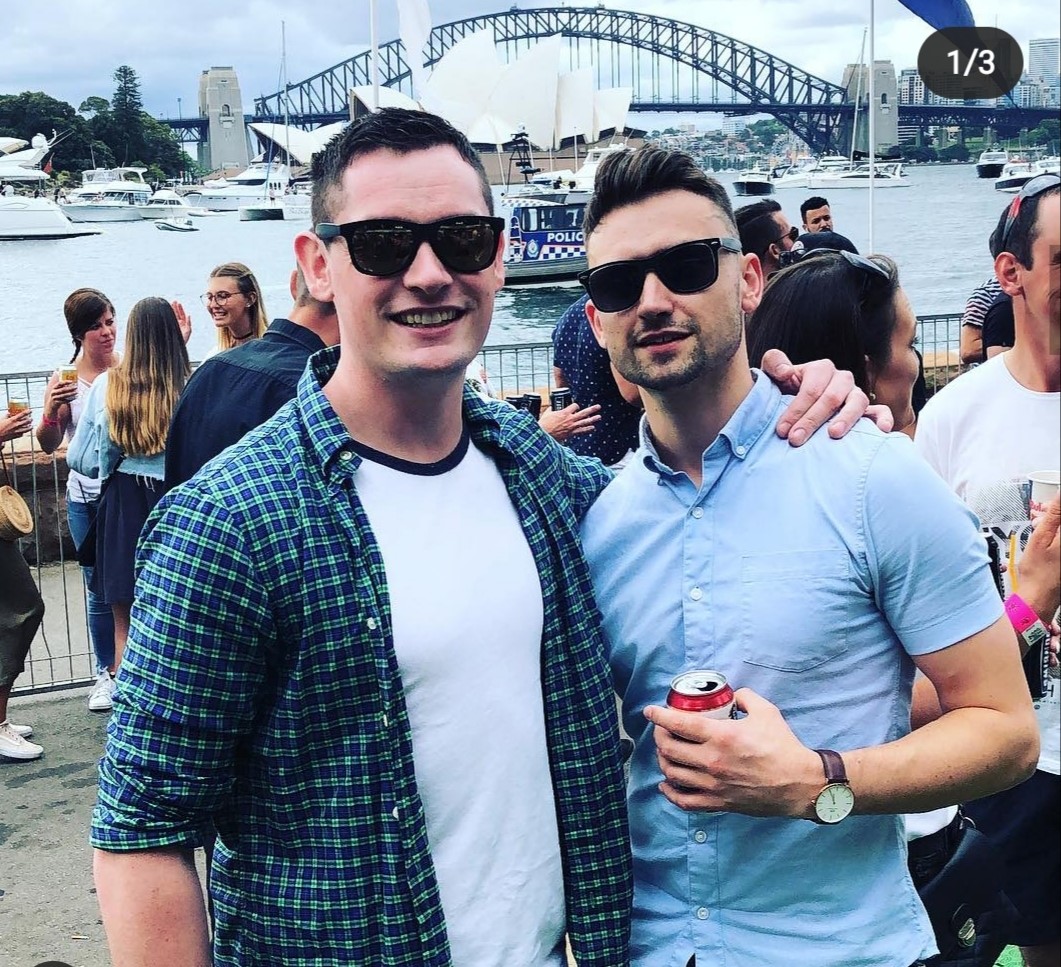 Day to Day lifestyle is pretty easy in Sydney, between the great weather, beaches and many working opportunities, it’s very much stress free. We live 10 minutes outside the city and 10 minutes to some iconic beaches (Bondi and Coogee to name two). Most of my work is an easy commute to the city with early starts and long days which is great to fund the expensive weekends and long holidays. Before I landed it was recommended to me by fellow Kiladangan man Bryan Forde (a club legend over here) to join Michael Cusacks GAA club so I joined straight away. Through this I have made some great friends and characters from all over Ireland, with some great tournaments and trips away like an annual trip to Melbourne for a 7s tournament. The matches are on Sundays which can be far from ideal and with temperatures well in the 30's. It’s not easy but there's always a few cold refreshments that evening to bring you back to life. Hurling with the club definitely makes life easier away from home. 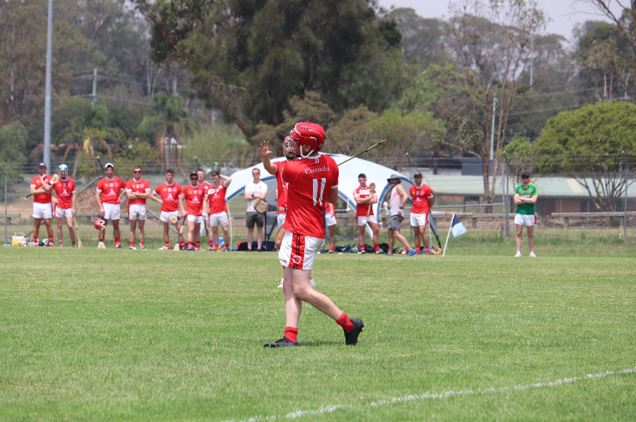 James in action for Michael Cusacks 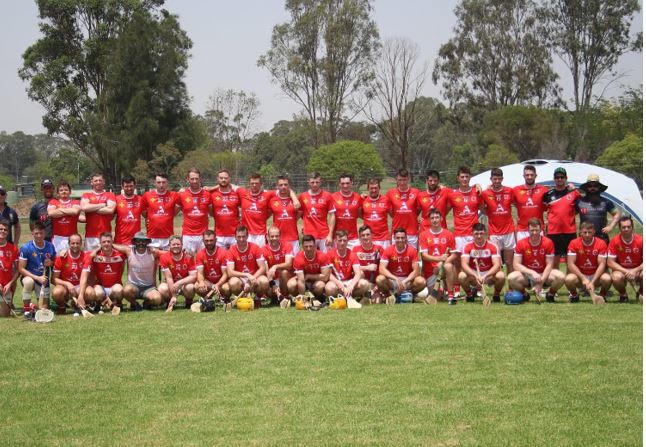 It would definitely be spending time with the lads down in the field, pucking around and the odd story been told!

It would have to be spending time with family and friends. Its only when you are abroad that you realize how much you miss everything, especially with the time difference, which makes it hard to keep in contact with everyone. Other than that, it would have to be a decent pint of Smithwicks, my mother’s dinners and a nice Chinese.

The weekly routine is pretty basic, I work Monday to Saturday most weeks. When finishing work, I try head to the beach for a cool down as much as I can. During GAA season there is training twice a week which keeps us fit and matches most Sunday's which, unlike home, is more casual and not taken as seriously. Other than that, there is loads of coastal walks, parks and coastal areas to go to outside the city for a weekend away. On the list of holiday plans this year was Vietnam, Singapore and Thailand but covid-19 has put a halt for time being! 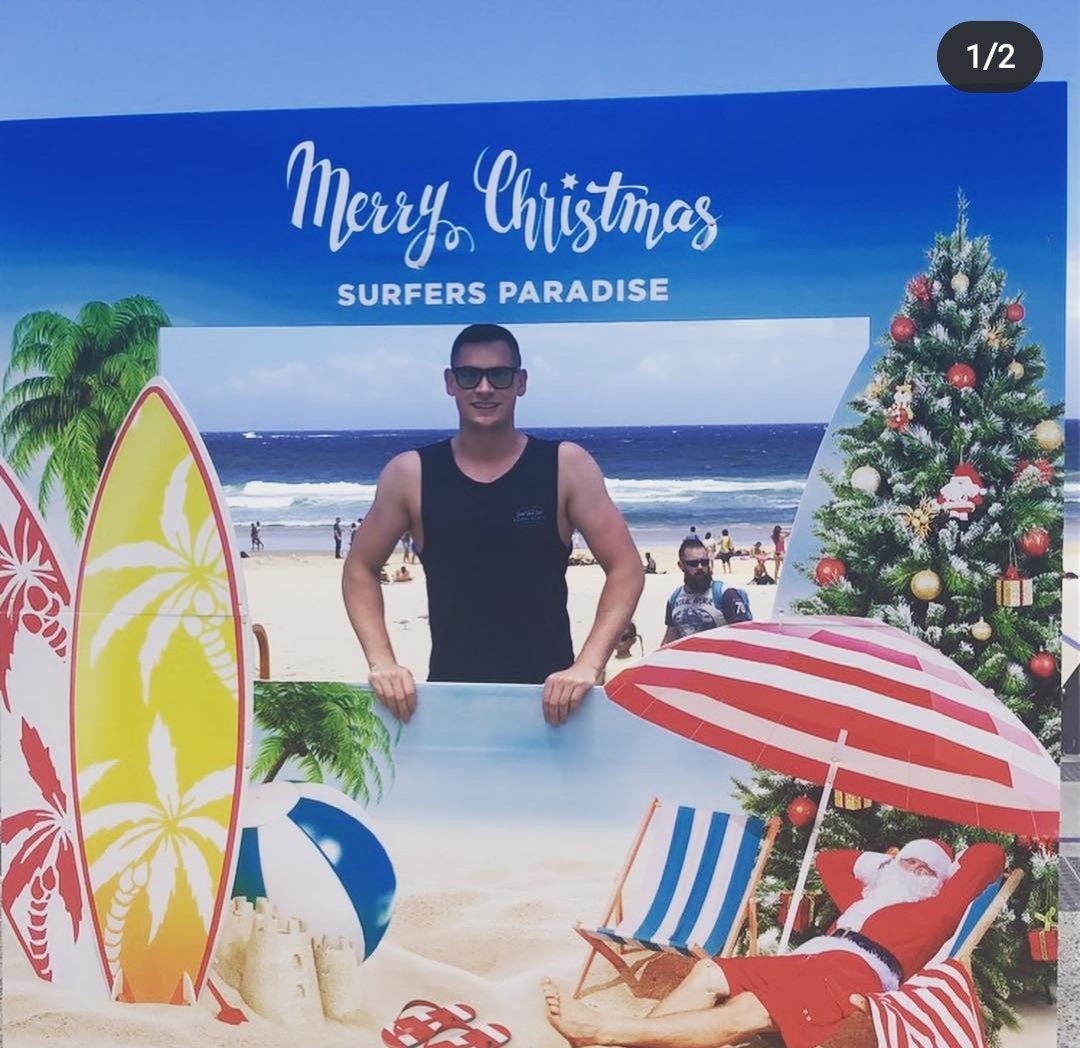 7. Do you have a message to send home to Kiladangan?

Keep up the good work and more good days will come. There's phenomenal work being done within the club and the hard work will pay off. Aside from hurling, I hope everyone stays safe during these unprecedented times. 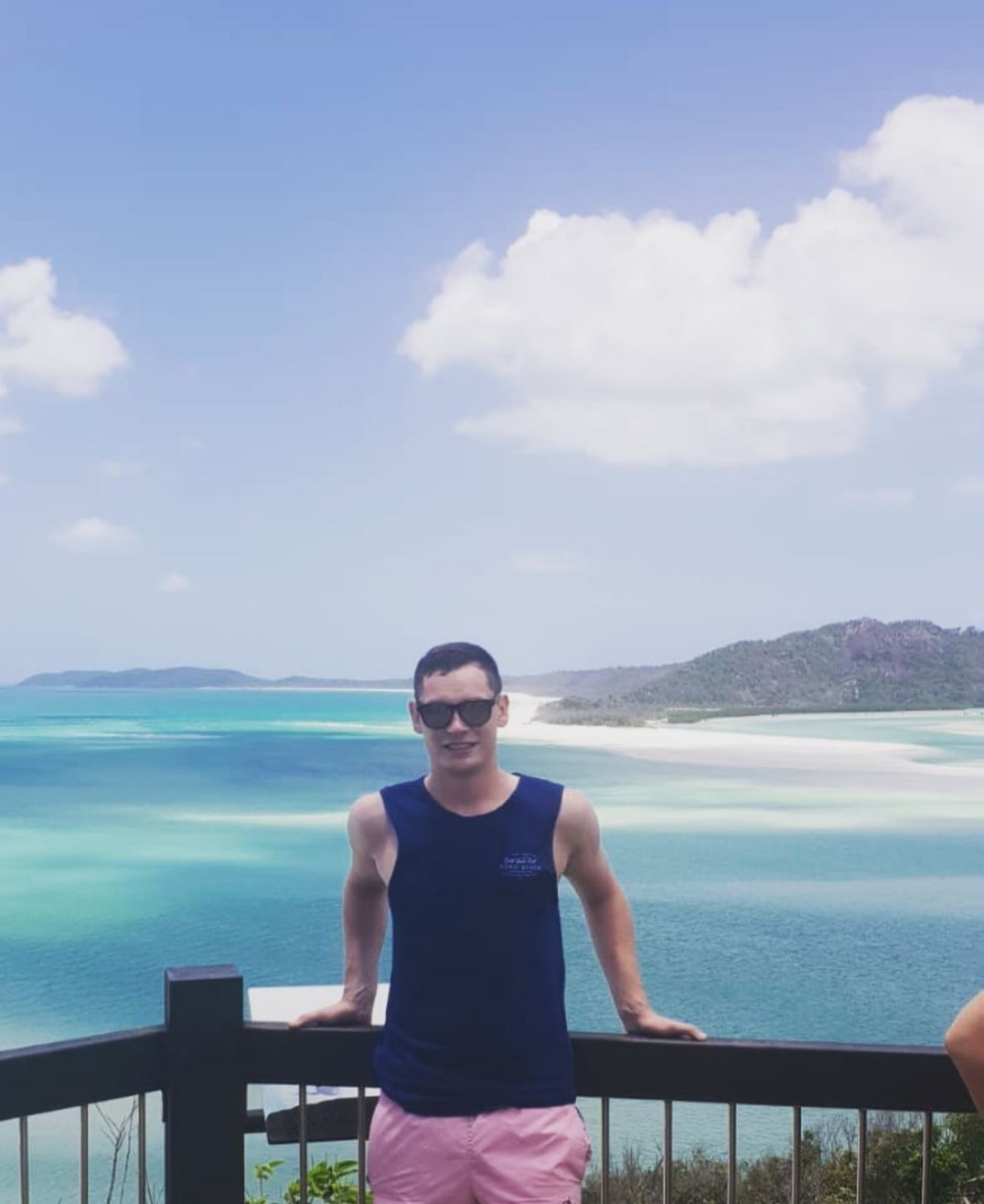 James at Whitsunday Island off the coast of northern Australia

And a few random questions to finish:

9. If there was a transfer market in hurling, who would you buy for Kiladangan?

10. Name any 4 people (dead or alive) that you would invite to dinner?

11. What’s your favourite sporting moment of all time?

2005 was a great year, Liverpool winning the Champions League and KIladangan winning the Intermediate All Ireland!

Don't forget - the Kiladangan Lotto has resumed with the next draw taking place this Monday night with a jackpot of €10,300. Enter online at kiladangangaa.clubifyapp.com/products