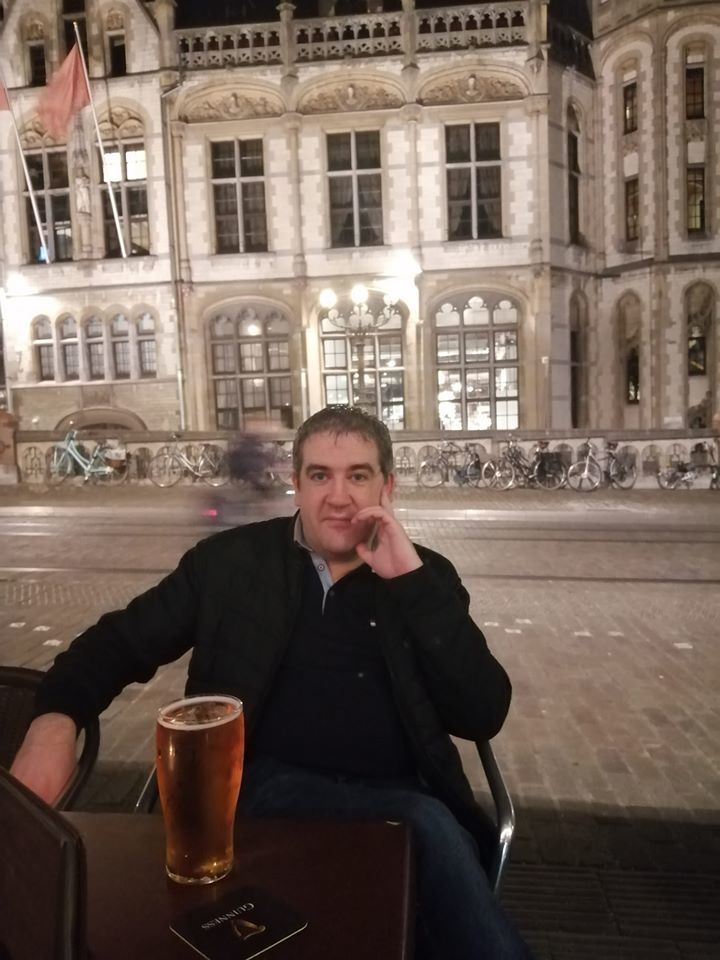 We head to Belgium for this weekends 'Kiladangan Abroad' where we talk to a relatively recent departee, Eoghan 'Yoggy' Ryan, who has been based in Brussels since August 2019. Enjoy!

Born and bred in Scart, I was what you might call of a ‘mixed race’ background, my father Ted was a Kiladangan stalwart and my mother Della had the misfortune of being a Rovers women. In my younger years, Shannon Rovers were a lot more successful than Kiladangan and unbeknownst to me I was a keen Shannon Rovers supporter in the early days. Looking back at it now it might explain a lot about my own hurling career, if the oxford dictionary ever include a definition of a ‘hurler on the ditch’ I’m pretty sure there will be a picture of my good-self alongside. 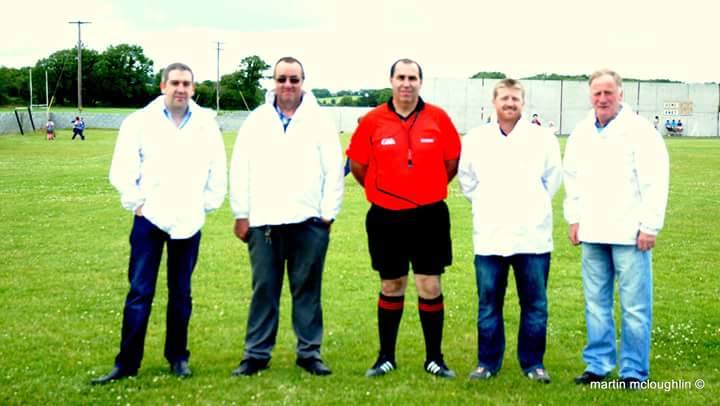 I moved to Brussels full time in August 2019 having sent a few years travelling back and forth with work. Settling in was quite easy as I was very familiar with the city having spent so much time here in the preceding years, there is also quite a large Irish diaspora here which always helps. I also had the good fortune of finding an apartment directly above an Irish bar, which was a happy coincidence, and they show all the GAA matches which is great for when I can’t make it home. I met my girlfriend Nuala here shortly after moving; Nuala is from the Gort Na Móna club in Belfast although I am not sure she was aware of that fact until very recently! 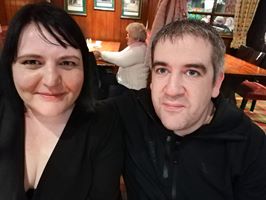 Eoghan with his girlfriend Nuala

I work as a Customs Attaché in the Irish Permanent Representation to the EU, and yes, it as exciting as it sounds! Although I do quite enjoy it, I must admit. MY typical working week consists of preparing for, attending and reporting on various EU meetings and of course, Brexit matters currently dominate this. Shamefully I have not gotten involved in the local GAA scene here as of yet, if it is not Kiladangan or Tipperary it is just not the same for me.

Well it was certainly far removed from what we have today. As I said previously when I was a youngster Kiladangan were a lot less successful on the playing field, emigration played a huge part in that of course. My abiding memories of the field in Puckane was that it went the wrong way and until you reached a certain age, you could not see one goals from the other with the hill. From a personal perspective, I would remember we had very comfortable subs benches, where I spend most of my career, we had a very successful team at my age group and none of them ever seemed to be injured, or if they were, it was safer to play them anyway!

I am very lucky in that I can make it home reasonably regularly, some people are probably not even aware that I have moved to be honest. It’s great to get home and catch up with all the family and the local gossip that you miss out on. The Sunday dinner in Scart is always a highlight and while she might be from the Rovers, the mammy does a fine Sunday roast. Moreover, a trip home would not be the same without a pint or ten in the corner of McGraths with the father and the social commentary that goes with it.

Monday to Friday is obviously focused around work and it’s extremely busy at present with the additional workload of Brexit on top of the traditional work portfolio, so that keeps me occupied and out of trouble from Monday to Friday. One of the big pluses of Brussels is its location, there are a number of beautiful cities and towns which are easily accessible; Antwerp, Gent, Bruges etc. so they are always worth a weekend trip, you are also only an hour or two train journey from most of the bigger European cities so we take advantage of that the odd weekend. 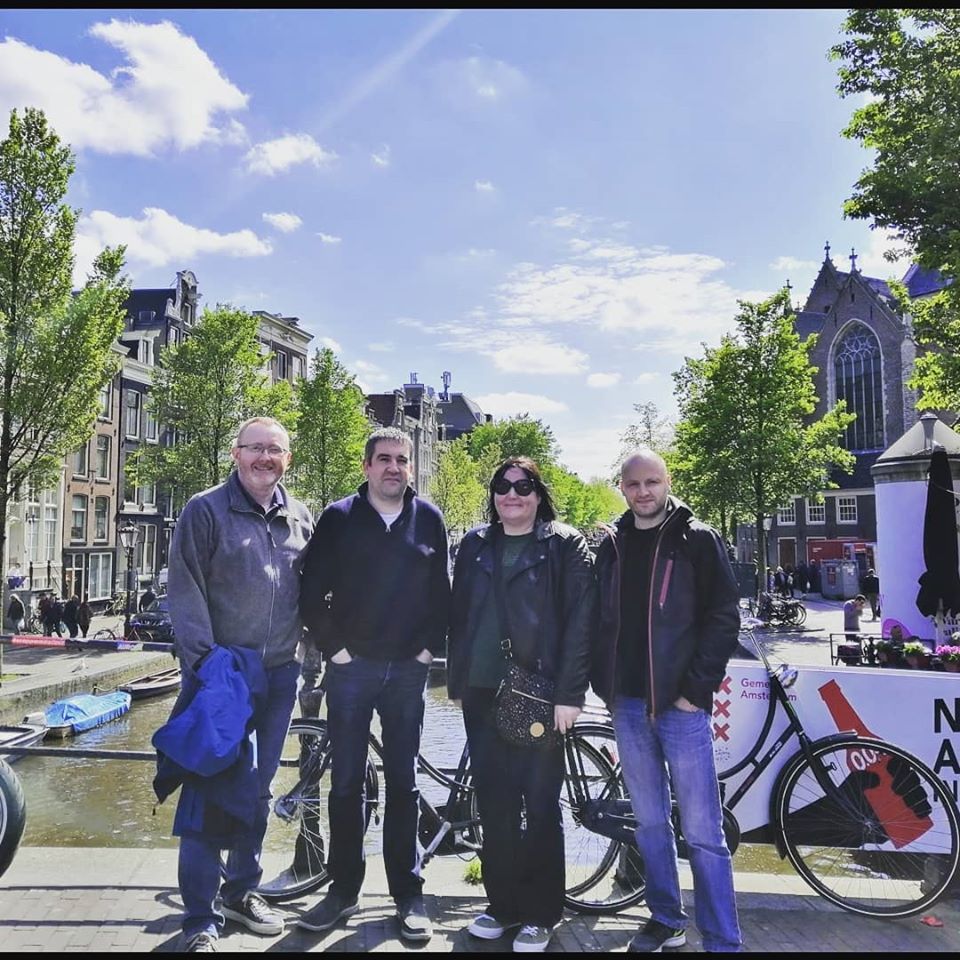 7. Finally, do you have a message to send home to Kiladangan?

I think the message is clear and simple, continue on the road we are on, we have come a hell of a long way in the last 20 odd years and there is absolutely no reason why we can’t take it that one step more. Outside of the incredible talent that we having running through the club from a playing perspective, we also have in my opinion one of, if not, the best run clubs that there is and we now have the facilities to match. One of the things that I think Kiladangan do brilliantly is with the development of our younger juveniles and the role the role that the current adult players play in that cannot be underestimated, as they say, Mol an óige agus tiocaidh sí!

You are trying to get me into trouble now with questions like that. I have to say I have given more time mulling over this that I do on most work projects. There have been so many great players in the last 30 years that it seems a little harsh to single out just two, but I would have to say the two that stick out for me, not only for their incredible talents on the playing field but for their complete dedication to Kiladangan as a whole and that is Dan Hackett and Darragh Egan.

9. Have you any funny memories/stories from your time involved with Kiladangan, be it whilst playing, supporting etc.

Another one that could get me into trouble. Kiladangan were entered in the 2011 Kilmacud Sevens and myself and two other non-playing patrons who will remain nameless to protect their reputations decided that we would travel up with the team for the day to offer them the support they deserved, which was all well and good until we arrived in Kilmacud and discovered that the club house was open, which I think is where our plan to offer our full support to the lads started to unravel. Despite our large periods of absence the boys of course managed to advance to the final where they were pitted against the hosts, and the game finished level after normal time. So the management team of Eamon Kelly and Brian Lawlor are gathering the troops and devising the plan for extra time, when I somehow got it into my Bulmers fuelled mind that I was better qualified for the job and proceeded to give a pep talk that didn’t really consist of anything if my memory serves me correct, but the quizzical looks from the players was as they say priceless. Considering that we went on to win I am very surprised I wasn’t approached for a managerial role afterwards, probably best to get out at the top anyway! 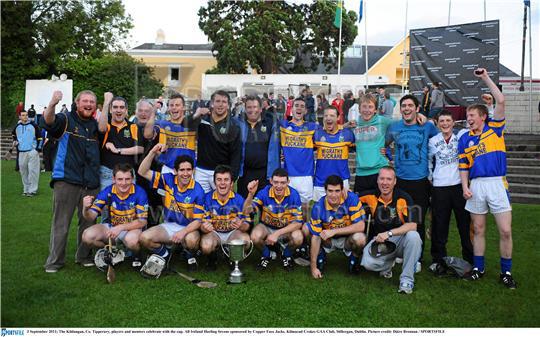 10. If there was a transfer market in hurling, who would you buy for Kiladangan?

If there was a transfer market in hurling the only thing I would do would be too tie every single player we have into a lifetime contract with no release clauses, we have all the talent and ability within the club to push onto the next level and reach the holy grail, apologies to all the great hurler across the country that would love to don the blue and gold of the Dangan, but we got this covered.

11. Name any 4 people (dead or alive) that you would invite to dinner?

It was quite tough to cut this list down to four so I might have to host more than one dinner party but the chosen four for the first sitting, chosen for varying reasons which I won’t delve into are; Shane McGowan, Diego Maradona, Bobby Sands and the guest of honour Dan Breen – not the actual man himself obviously!

12. What’s your favourite sporting moment of all time?

Again, there are so many to choose from so I am going to cheat and give one Kiladangan and one non-Kiladangan. First things first and the Kiladangan one simply has to be the final 5 minutes of the intermediate All Ireland in 2005, one only has to look at the Carrickshock team sheet from that day to appreciate the absolute magnitude of what the lads achieved that day and it is certainly something that I will never forget. My second and non Kiladangan choice is from the 2010 All Ireland final and Lar Corbett’s second goal but the reason it sticks out for me is the blind, over the shoulder pass from Noel McGrath that quite simply no other player past or present could even dream about making and I remember distinctly thinking at that very second that we finally have the Cats measure. Funnily enough the same day there was a young Tipperary supporter sitting beside myself and Martin Nolan, my usual match day companion, and the youngster seemed to get particularly excited when Noel McGrath was involved, when I enquired if he was from Loughmore he informed me he was and that Noel McGrath was his brother, it was none other than future Tipp star Brian McGrath. 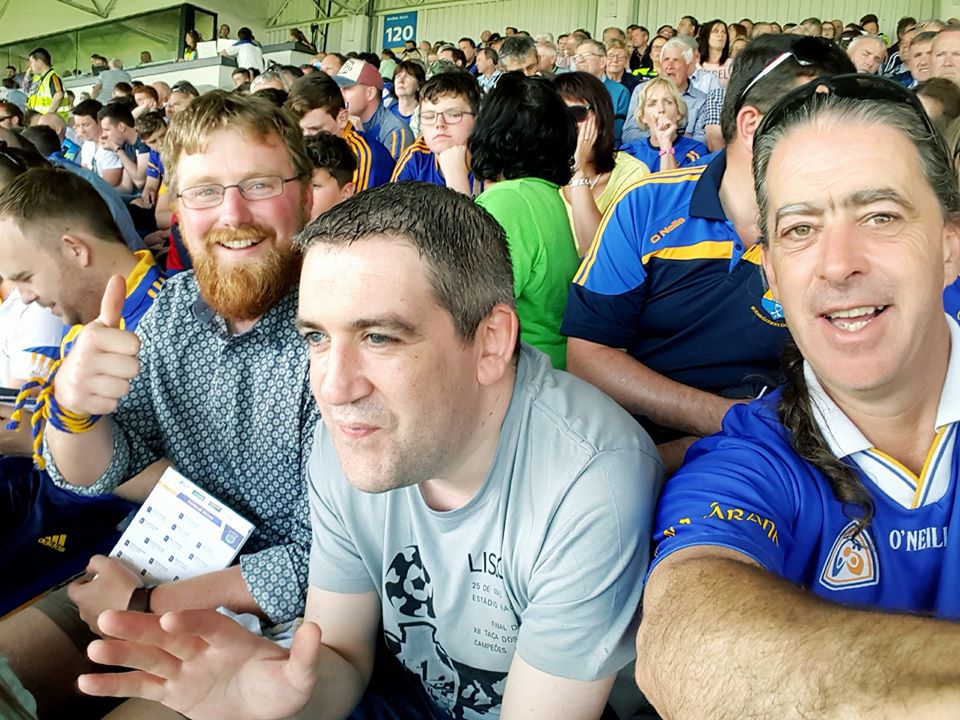 Don't forget - the Kiladangan Lotto has resumed with the next draw taking place this Monday night with a jackpot of €10,400. Enter online at kiladangangaa.clubifyapp.com/products