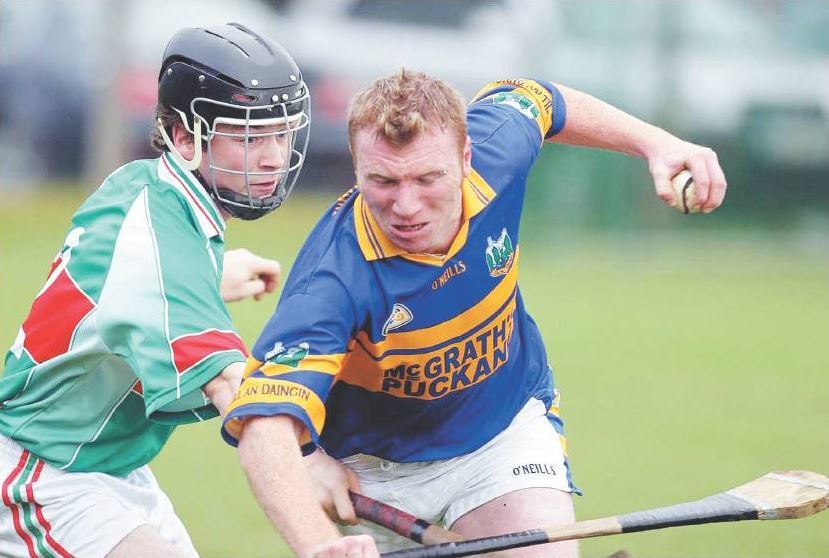 In this weeks 'Kiladangan Abroad', we talk to former club hurler Conor Foley who has been based in Vancouver, Canada, since August 2019. Enjoy!

So, let’s wind the clock back to a time before you left Kiladangan and tell us what your connection was with the club?

I don’t think anyone has an interest in reading the interviews any more since Enda Nolan showed us all up with his – he set the standard way too high, but we’ll give it a go anyway 😊. I started hurling with Kiladangan when I was 4 and played with them up to Junior level. I grew up about 50 yards from the field, so I’d be in the field every day as a child. I used to love watching the older lads training and pucking the ball back to them. Underage, Eamon Kelly, Seamus Hayes and Paul Dooley were brilliant to us. I love going to the matches, and its rare in the recent years that I would miss a senior match. They have been going very well for the club and doing the parish proud.

When did you move and what was it like getting settled in and established?

My partner Rebecca and I moved to Vancouver last August. It was a big move for us but we both wanted a change and we decided on Vancouver. We were both working up in Dublin before we moved and had enough of being up there. We had heard lots of good things about Canada, and the weather isn’t too bad on the West coast either, so we decided to give it a go. If you are every finding it hard to settle in, find your nearest Irish bar and you won’t feel too far away from home. There are tons of Irish here in Vancouver, lots of GAA jerseys floating around the place in the last few weeks. We were very lucky when we arrived as we both had jobs lined up. 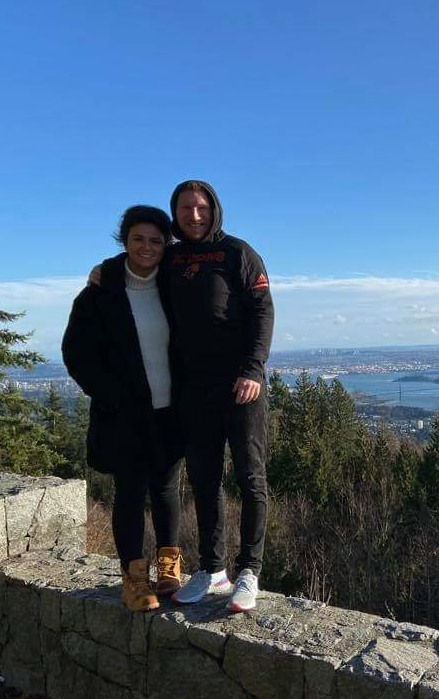 Rebecca & Conor taking in the scenery in Canada

Can you briefly describe to us your life now, work, family (if any) and have you time to be involved in GAA activities?

I’m a foreman for a construction company called Empirica. There a brilliant company to work for and were well looked after. Aside from work, I play darts here the odd time with Eoin Ryan from Ballycommon, its always nice to see a familiar face. I recently joined a local hurling club called Cu Chulainn but with what’s going on we haven’t been able to do much. They are a new club that set up last year and had a successful year so looking forward to getting going with them soon. The GAA season this year is going to be fairly short if it gets going but I’m hoping that things will lift soon and that we will get some craic out of it. 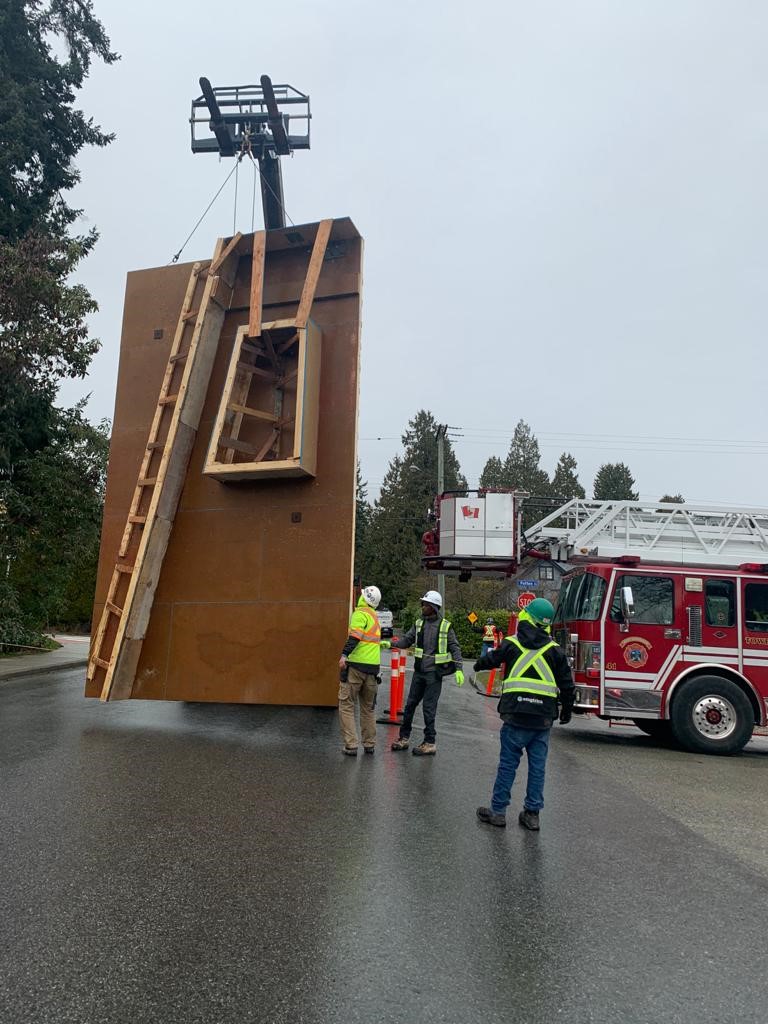 Looking back again at your time in Kiladangan, what would be your prominent memory of being around the GAA field in Puckane?

I remember when I was around 10 or 11, there was a trailer in the field as dressing rooms while the new ones were being built - looking back now and realising how much the club has changed in such a short period of time. The facilities are amazing in the field. I also remember having skills competitions with Eoin Kelly and Colm Darcy after school and weekends in the field. They were always competitive competitions, no doubt. 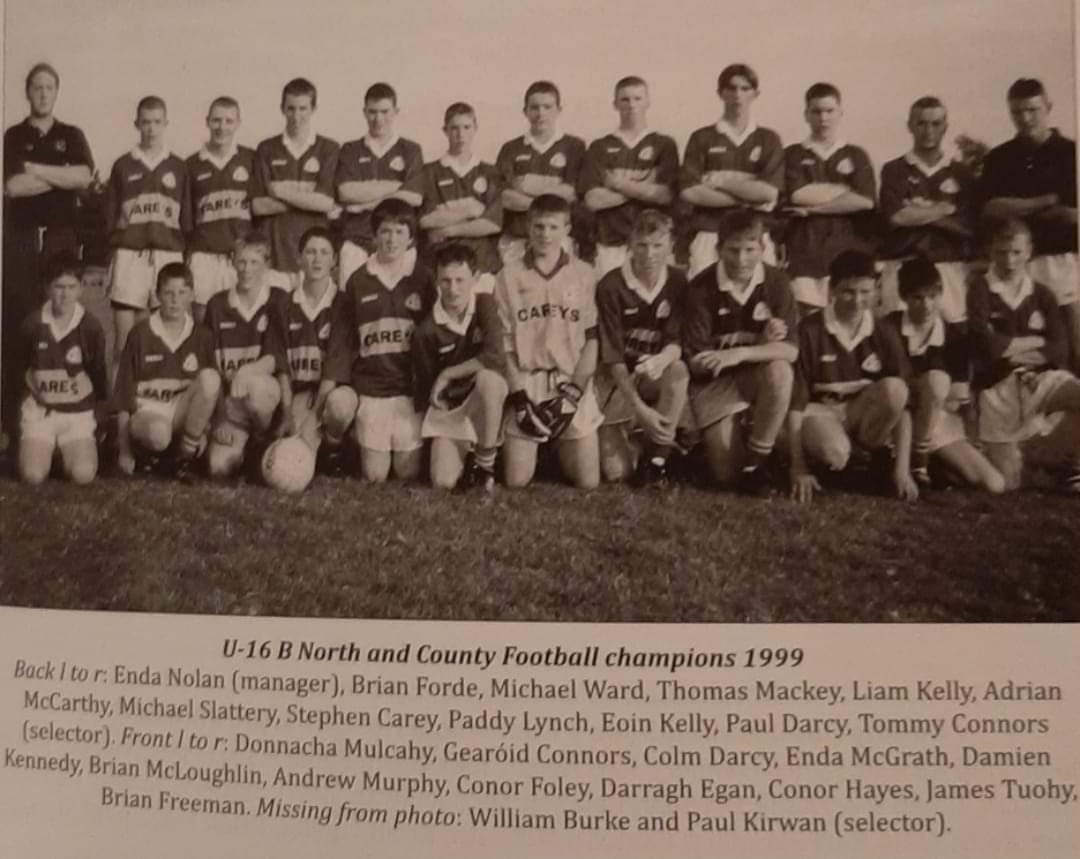 We’ll assume you manage to get back ‘home’ for the odd family reunion, holiday etc, can we ask what do you look forward to the most?

We hope to get home again when restrictions are lifted, hopefully for Christmas. I cannot wait for a few things, mostly the mothers cooking, a good Chinese, a session in McGraths and The Silvermine, and seeing my family especially my nieces. It tough been away from them. It always good to see as many friends as possible when you get home. I always get good entertainment out of Horse (Kevin Ryan) winding up Dustin (Ger Foley) until he turns purple with anger – you’d miss their craic...

Tell us a little bit more about your life away from Kiladangan, for instance, what’s your weekly routine, how do you attack the weekend, and what’s a holiday from where you currently live?

My routine is pretty ordinary at the moment, I work long hours all week but we have started taking up cycling before Covid and we would get out most weekends. There is a seawall that runs all around the city by the water and the beach, and it’s a lovely cycle when the weather is nice. Vancouver is a great city and the people are very friendly and welcoming. At the weekends, we would meet up with some friends and have a few beers either at the beach or in the local. As for holidays, don’t talk to me about holidays. We had a trip to America booked for Easter which we had to cancel so hoping to get back down there when things return to normal. We’re about 30 minutes from the border with Seattle, so hoping to get down to an American Football game next season for something new. They have some very different sports here compared to home. We’ve been to a Canadian Football game, Ice Hockey and Lacrosse games. Unfortunately, they aren’t too great at any sport so we wont be seeing silverware any time soon. Over the winter it was class to get up the mountains to go skiing and snowsnoeing, and hopefully once the parks open again, there are lots of hikes with incredible views to do. 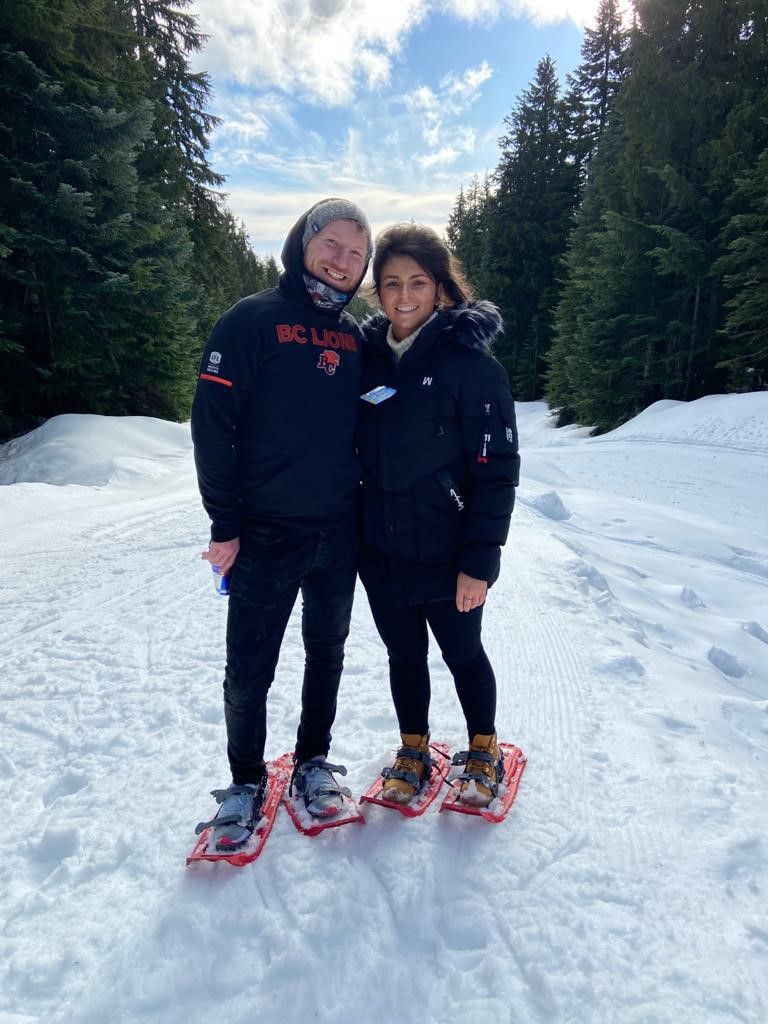 Who is your favourite Kiladangan player, past and present?

My favourite player in the past is a tie between Dermot ‘Mixer’ Hogan and Dan ‘Fat Head’ Hackett. Two class players and so competitive in their own way. My favourite current player is Willie Connors. The skills he has and the work he does is phenomenal, and not to forget a brilliant personality. He’d be followed closely by Darren Moran and Johnny Horan. 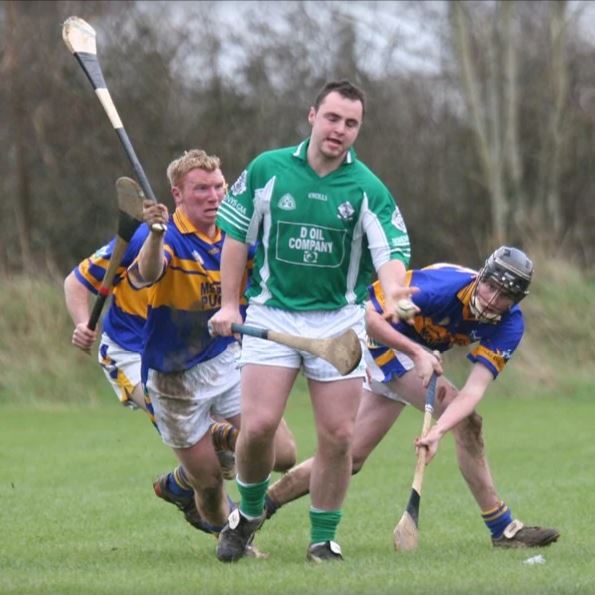 Have you any funny memories/stories from your time involved with Kiladangan, be it whilst playing, supporting etc.

My funny memory with the club must be when we were playing Junior against Lorrha in Lorrha.

It was a terrible evening and the last thing we wanted to do was play hurling. At one stage in the game, the ball went out of play into the stand. One of the Lorrha lads in the stand tried to leather the ball back onto the field to us. He had a big wide swing to drive the ball back as hard as he could. However, he slipped as he hit the ball and pinged poor Jim Ryan on the back of the head with the sliotar!! Poor Jim didn’t know what was after happening as he had his back to your man. The shock on his face and the shock on the Lorrha lads face, I will never forget!! There were tears rolling down my face with laughter. It made playing on a sh*tty evening a little more enjoyable!

If there was a transfer market in hurling, who would you buy for Kiladangan?

If I could get any player for the club, it should have to be TJ Reid. He is just class and is the best hurler in the country by far. He is so consistent and has done some work for both his club and county.

Name any 4 people (dead or alive) that you would invite to dinner?

This is a tough one, but I think they would be;

50 cent – I love his shows, Power and For Life. Two great watches.

Louis Theroux – he’d have some stories

Mike Tyson - I’d invite him if only for the stories.

What’s your favourite sporting moment of all time?

It would have to be between two, either Kiladangan winning the Intermediate All Ireland in 2004 That was incredible, and the celebrations matched it.

or Ireland beating England in the Rugby in Croke Park. That was my first day drinking Guinness, and I never went wrong since 😊 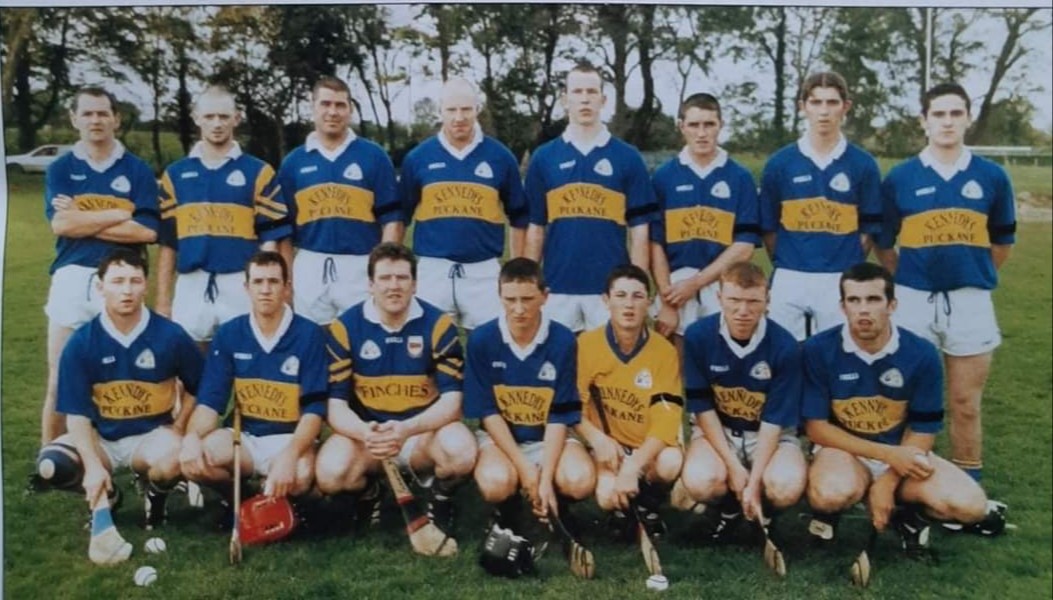 2001 North Junior 'B' Hurling Champions - Conor is pictured in the front row, second in from the left

Finally, do you have a message to send home to Kiladangan?

A message home would be how proud I am to be from Kiladangan and how the club has come on so much over the years. Its amazing and it going to get better and better with all the work that’s going on. The people involved should be very proud.

Thanks a million for the interview and everyone at home stay safe in these uncertain times. All the best, Conor – fouls...

Don't forget - the Kiladangan Lotto has resumed with the next draw taking place this Monday night with a jackpot of €10,500. Enter online at kiladangangaa.clubifyapp.com/products or you can enter in the shops in Ballycommon and Puckane.