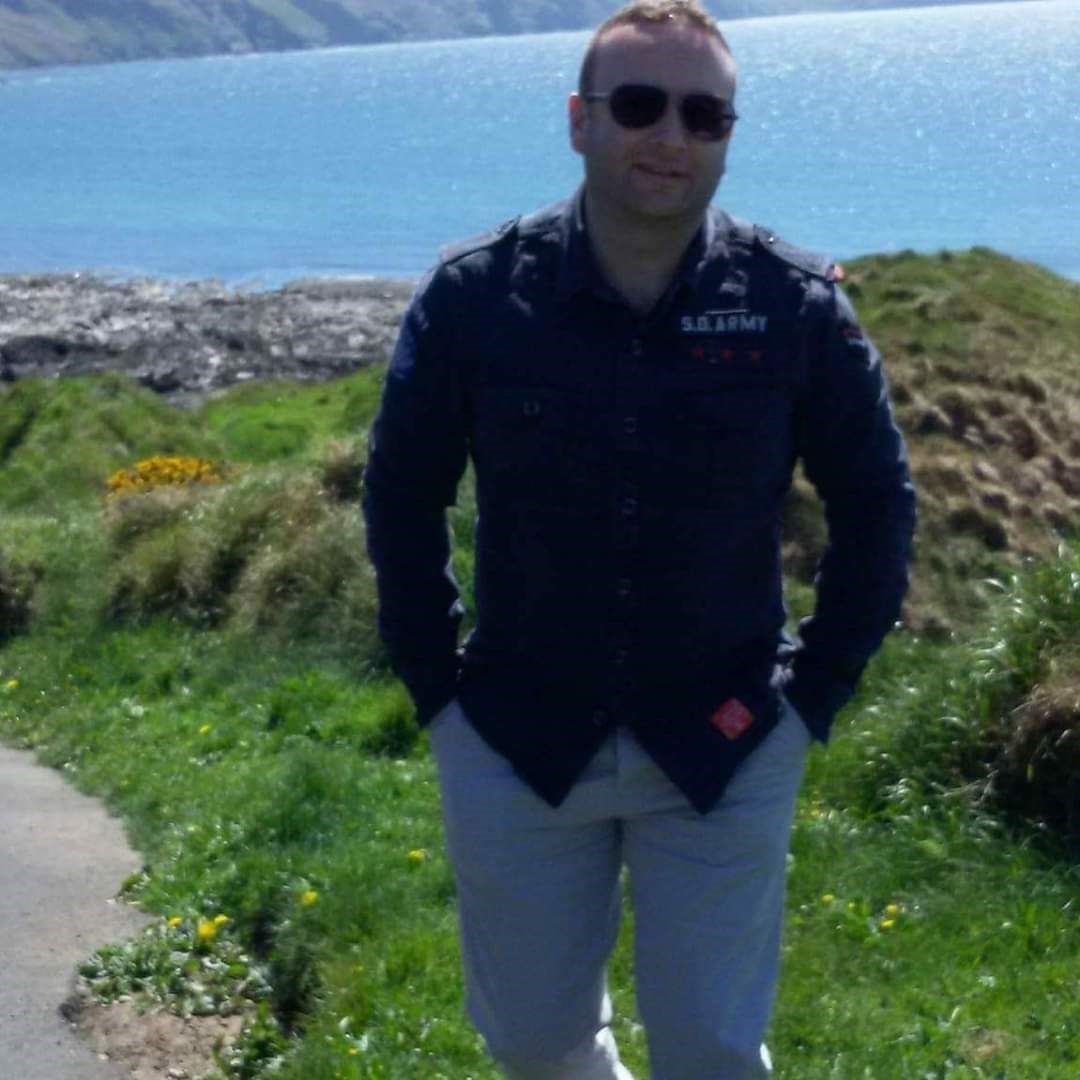 In this weeks 'Kiladangan Abroad', we talk to former club player Paul D'arcy who has been based in the Isle of Man since 2010. Paul tells a few tales and talks about his memories of the club. Enjoy!

The people that know me well would consider me to be a quiet man. ‘Tranquil even’. Not to be mistaken....

Entering Una Powell’s one evening I happened to meet the wild and wonderful Enda Nolan.

Well he certainly bored the sh*te out of me: I was never so glad to see his brother Martin Nolan.

You couldn’t meet better I hope to have a pint with them again one day.

I started training under Tom Kirwan with a Yank would you believe of the name David Kennelly ( I think was his name ).

Tom was great and always organised practice games for us so we all got a run out. I'd have been always on the side line otherwise. Nenagh used to beat us out the gate on a regular basis but confidence would always be restored by playing the .........

Tom sent me home from training twice for bad tackles. ‘a little anger management problem when I was hurt’. Had to get even then or better.

I was brought back twice after a time so he must have seen some glimpse of hope in me. Tom Kirwan had a large and positive influence over us all playing football. He turned us into a competitive side and I think we should have won more. We won some and lost more.

The trilogy with Mullinahone in 1999.

Enda Nolan as Manager (we were always going to be hyped)

Paul Kirwan and Tommy Connors - Jesus when you think of it..😁.

He did however give a grand speech the final day we won.

I just can't for the life of me remember a word of it.

We had a good team.

We had a solid keeper in Andrew Murphy, I hear he is made of steel now.

The two corner backs were Colm Darcy and Daragh Egan. Two fine men the names speak for themselves.

We had the Jackeen from Dublin, Mike Ward, at full back. The ball might get past him but the man certainly would not. He had some boot of the ball.

We had an alright half back line too, William Burke/Eoin Kelly and I were on the wings and Liam Kelly at centre back. Liam was the best of us by a country mile and probably the more mature of the group. Liam played with a broken foot that final day. (some Leader).

In midfield we had Bryan Forde and Patrick Lynch. Bryan was incredible that day with the amount of ground he covered and his ferocious tackling. (Bold as dog) he was..... and still is today. Paddy. when he wasn’t busy flicking his hair, was always good for scores. He didn’t get the headline this day (Lyncher for the Clincher) but he was immense none the less. In Patrick's own words he said Liam Hogan could retire after this headline (his work was done).

In the half forward line we had magic hands of Thomas Mackey and the tough lad Stephen Carey. We can not forget the Man himself Enda McGrath (Hard Arse). He once went to jostle a man in training with absolute intention. The man was John Harty of Knigh. Never even knocked him off his gait. Enda ended up in A & E. Enda saved us so many times with goals this year. An absolute talent.

Up front we had two more very talented young men in Conor Hayes and Conor Foley. Always kept us ticking over.

On the Edge of the Square we had our very own Bomber Liston. Top scorer this year he informs me. The one and only Michael Slattery. Instead of backing donkeys now due to Covid 19 he has actually gone out and bought a few. 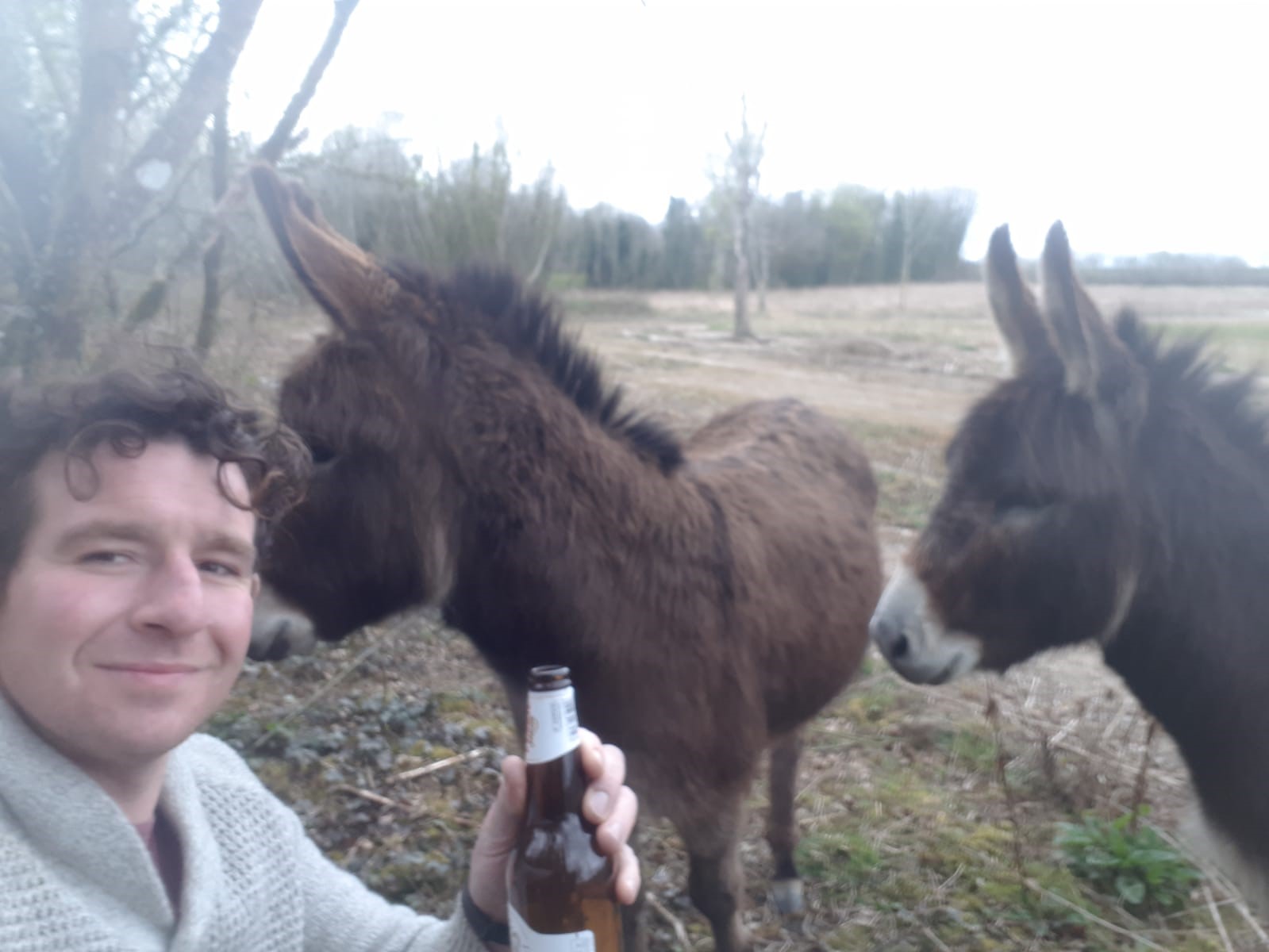 Mikey with the donkeys 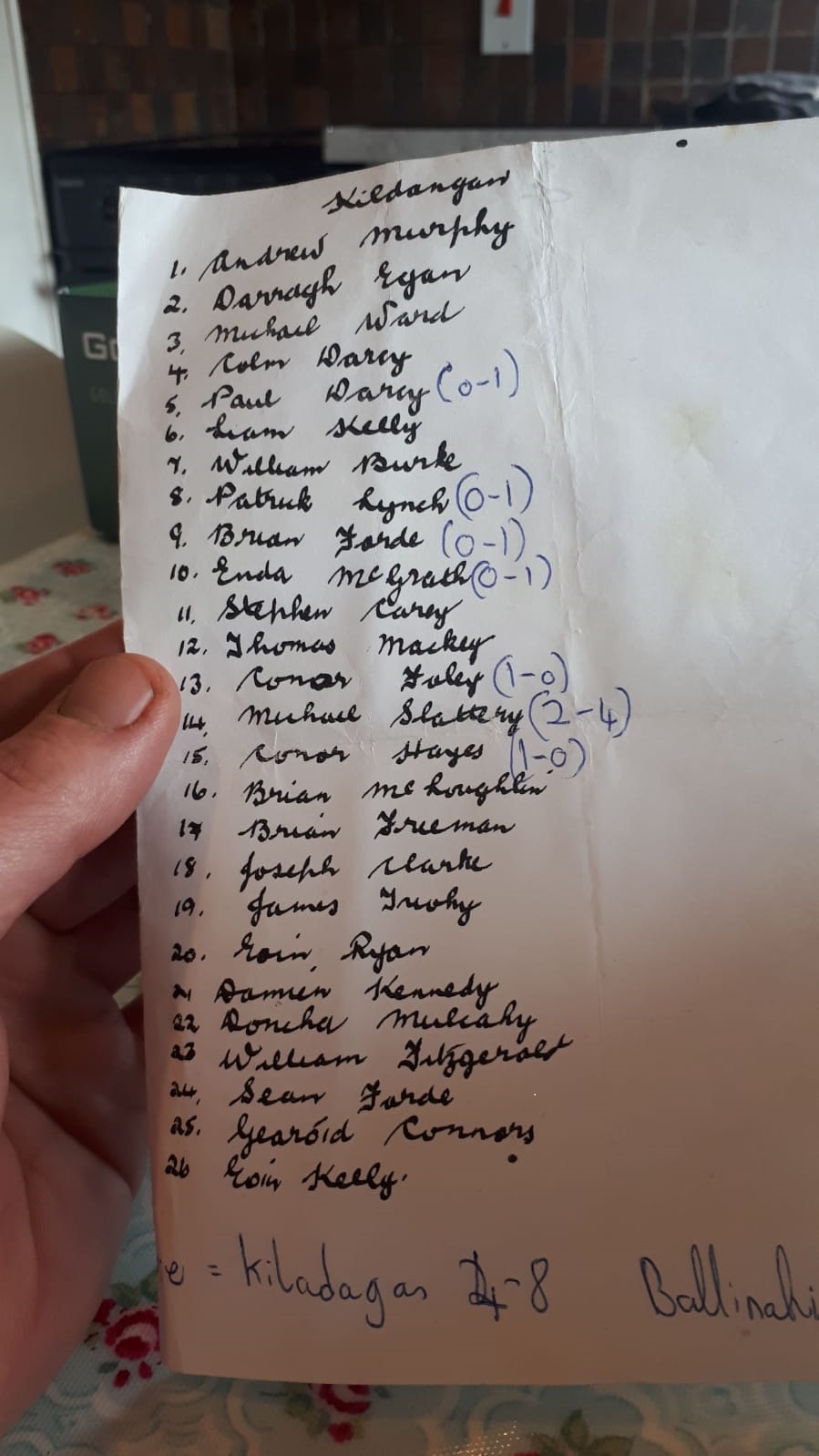 Hurling for me had no beginning, middle or an end.

I played on and off.

More off than on.

Chi chi said I must mention my famous blue helmet.

I had my nose one day smashed in to bits playing in midfield against Templederry.

Your all thinking why on earth was I in midfield. I don’t know there must have been a lad sick that day.

On field my cousin Noel Mcgrath came over to give me much needed encouragement as they stuffed cotton up my nose.

I will never forget it.

Always there for me Noel was....

After the game Anthony Sherlock kindly gave me a lift to A & E.

In the car I was looking in the mirror.

I thought out loud... Jesus it's not too bad is it.

You can always rely on friends for compassion.

I had great times in the Kiladangan club.

I first arrived in the Isle of Man in 2010. My sister Claire was already settled here some time. Claire is an Officer with the Ferry company Isle of Man Steam Packet. Claire managed to get me an interview to which she still reminds me of to this day.

I work as an Electrical Engineer on board the ship called the ‘Ben My Chree’ which means woman of my heart in Manx Gaelic.

The job is somewhat interesting and there is no two days the same. There is the usual planned maintenance but there is always something else to be doing. I could be working on generators and power distribution systems, propulsion systems, navigation equipment etc etc the list is endless. I am the only Electrician on board mostly so there can be a pressurised environment but I do like the job. For example, … you are about to leave port with 600 passengers and freight and the F-----g Engine won't turn over. keeps you on your toes.

I know a little of somethings and an expert of nothing. 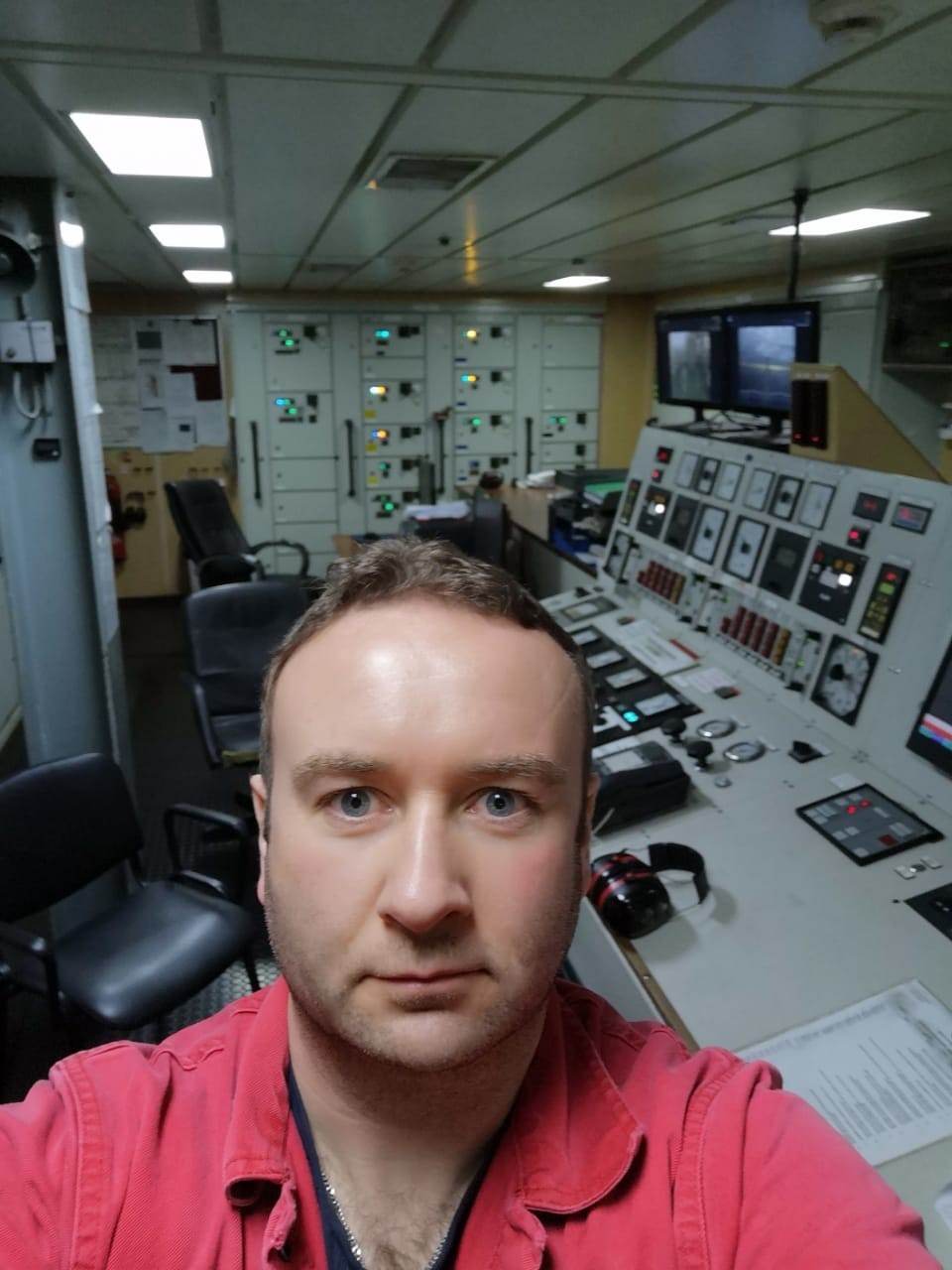 I have two beautiful women in my life, Galina and my daughter Rebecca. Galina and I met on a ship called the Manannan. It is named after Manannan Mac Lir. (Son of the sea). Galina is Russian/Latvian. We were married in Galina's home city Liepaja by the sea in 2018. Rebecca, our daughter, is four now and will be starting school hopefully in September. 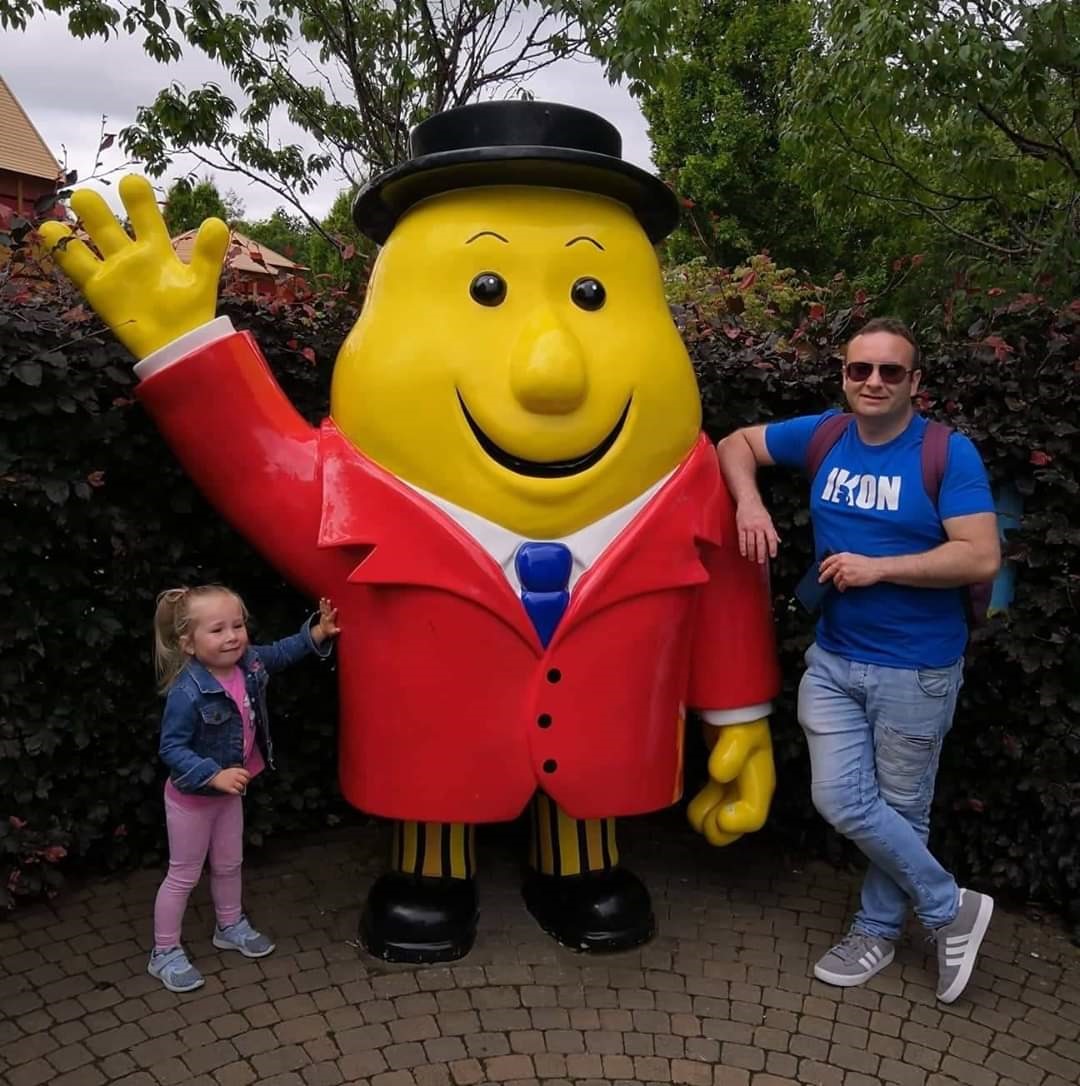 With Rebecca at Tayto Park

On holidays we would travel to both Latvia and Ireland. Latvia has some great weather in the summer months and some of the best beaches I've seen. We often travel in Lithuania also. We work one week on and then one week off so we do go home in the summer often. Rebecca loves meeting her cousins. It's usually eventful. 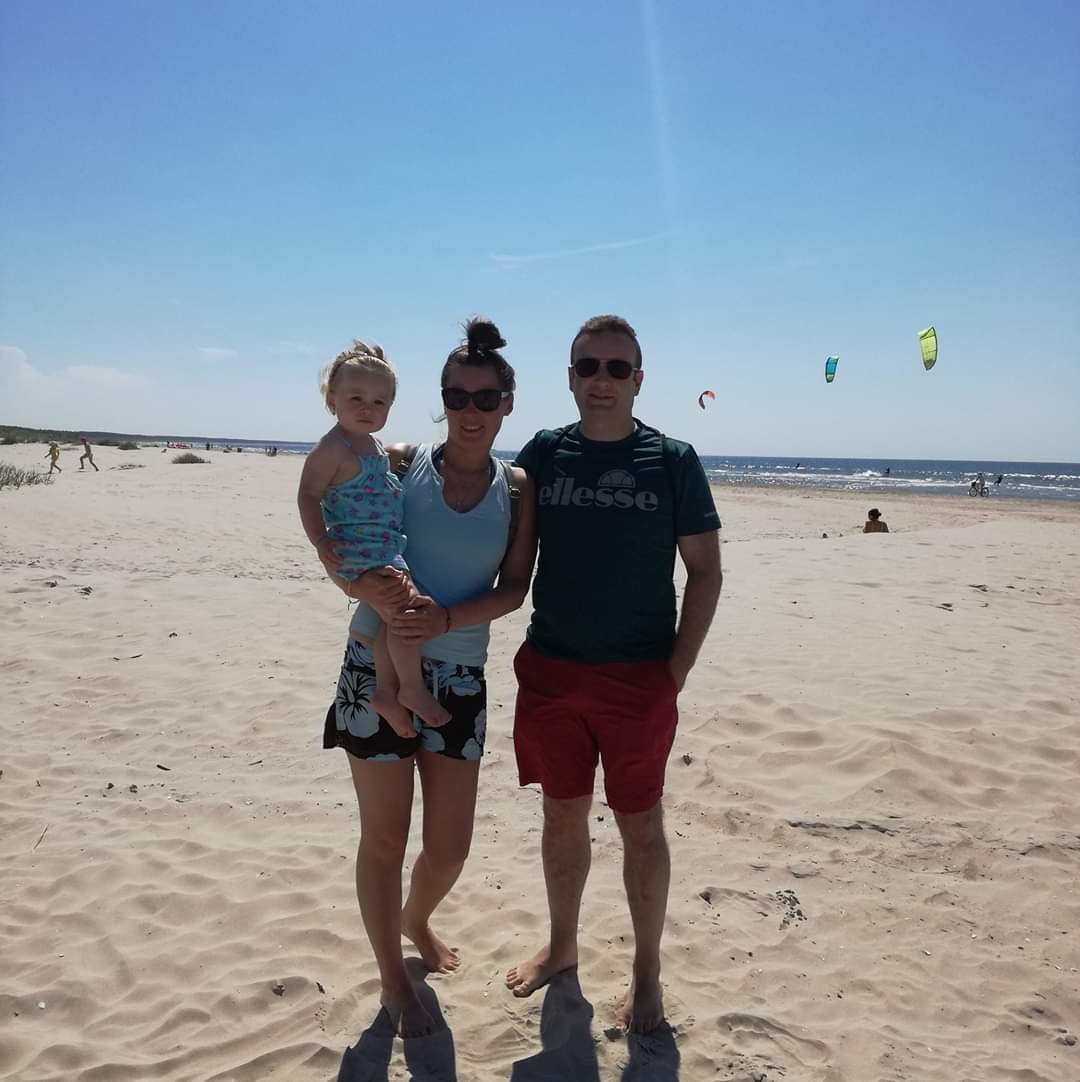 All the best to everyone in Kiladangan. Keep up the good work.

Don't forget - the Kiladangan Lotto has resumed with the next draw taking place this Monday night with a jackpot of €10,600. Enter online at kiladangangaa.clubifyapp.com/products or you can enter in the shops in Ballycommon and Puckane.