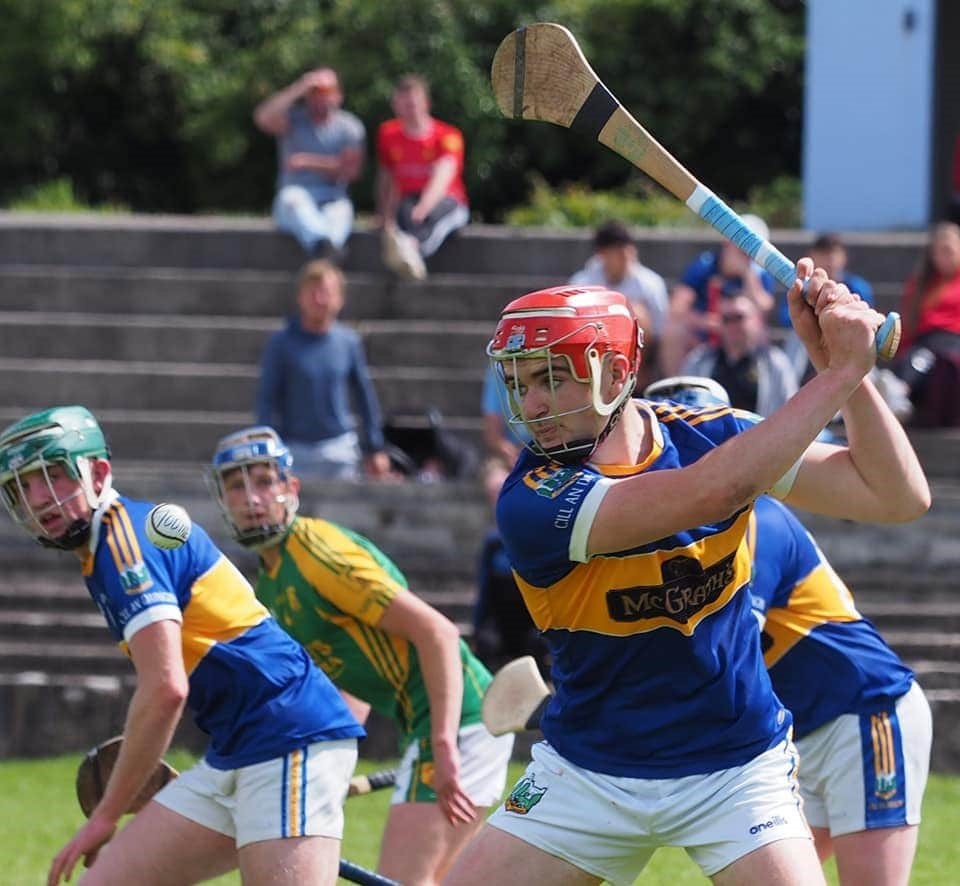 Crowds at GAA matches will not increase from Monday after the Government this evening ruled out plans to allow outdoor gatherings of up to 500 people in Phase Four of the roadmap for reopening the country. The current guidelines on public gatherings will remain in place until at least 10 August, with 200 people permitted to attend events outdoors and for the GAA this includes teams, mentors, officials, stewards and members of the press. Taking the above into account, the officers of Kiladangan GAA club have decided to prioritise the adult clubs players (Senior ‘A’s, Senior ‘B’s & Junior ‘B’s) in regards to tickets for the clubs Senior ‘A’ & ‘B’ championship games. Even at this, the club will not have enough tickets to cover all players, management, and back room teams. Therefore, we won’t have tickets available for the clubs supporters. This will come as a massive disappointment to the clubs loyal followers but the club is tied by the government restrictions. Once the 10 August comes and the restriction will be lifted to 500, the club will only have a very limited amount of tickets to distribute – details of the clubs plans in regard to this will be released within the coming days. To those that hold season tickets/passes, please keep an eye on your email as a very limited number of tickets (30) will be available for purchase this week for both JK Brackens and Portroe games.

This coming weekend will be a historic one for the club as we will be fielding two Senior teams for the first time ever. On Saturday, the Senior ‘A’ team will take on JK Brackens in Semple Stadium at 7.30pm. Kiladangan supporters will be able to view the game live as it is being streamed through the Tipperary GAA website. Streaming details will be shared on the club’s social media pages once confirmed. It will cost €10 to view the game online. We would urge people to help out our supporters, who may not be savvy with computers/phones etc, in the setting up of the live broadcast.

On Sunday, our Senior ‘B’s will take on Portroe in Dolla at 4.30 pm. We hope to stream this game live ourselves on either the clubs Facebook or Twitter pages – keep an eye out on the clubs social media pages throughout the week for details.

The minor’s commenced their hurling championship last Saturday in Nenagh where they lost out to Toomevara on a 2-13 to 2-17 scoreline. Kiladangan started well in the game with a Shane Gleeson goal on the eleventh minute giving Kiladangan a five point lead. However, Toome dominated the remainder of the half, scoring 2-8 without reply with the Toomevara goals coming within a minute of each other. A Paul Seymour goal late in the game bought back the margin to three points but Toomevara responded with a point to see out the game with a four point victory.

Kiladangan will take on Kilruane this Wednesday (22nd) in Borrisokane at 7pm in the second game of the group stage. The lads will be hoped for an improved performance and we urge people to come out and show your support for the lads and to maintain social distancing rules whilst attending the game.

All teams within the two groups will make it through to the North Quarter Finals with the group games to determine the Quarter Final fixtures.

Kiladangan GAA Club, in partnership with North Tipperary Hospice, will be running a Euro Millions Draw. The proceeds of the draw will be split 50:50 between Kiladangan GAA & the Hospice. For just a once off €20 entry, you will be entered in the Euro Millions draw and Euro Millions plus draw for the year as part of the syndicate with 1,600 chances of winning.. The draw will be starting on September 24th. You can purchase a ticket online at kiladangangaa.com/products or by texting 083 861 7641 or contact any club officer or player. Tickets will also be available to purchase in Tonys Tipp Top Shop in Ballycommon or Kennedys shop in Puckane.

Many thanks to the large number of people that have signed up. We would urge people to sign up for the lotto online at kiladangangaa,com/products. There are currently a number of options available online on how long you can sign up for. You can also enter the lotto in the Kennedys shop in Puckane and in Tonys shop in Ballycommon. The lotto will be streamed live on the Kiladangan Facebook page every Monday at 9pm.

Kiladangan Team of the Century

As part of Danny Grace's & Seamus Hogan's book on the clubs history – a Kiladangan team of the centenary (1915-2015) was picked after Danny & Seamus consulted with a number of shrewd hurling judges. All those chosen on the team hurled with Tipperary at some level with the selection including 5 Senior All Ireland medal winners. It was decided to exclude the current players who are in the early stages of their careers.

We will be posting the full team on the clubs social medias pages with one player posted each day.

Registration for adult club membership is live on the club website for 2020 with the rates as follows:

Membership can be paid online at: kiladangangaa.clubifyapp.com/membership_products

You can also sign up to our €200 package which includes entry to the Tipp draw, Kiladangan lotto and Kiladangan club membership.

All of our underage teams are now fully back in training and the first round of north championship got underway this week.

The U14s are away to Newport on Thursday, evening at 7.00pm.

The U12B team will play Silvermines in Dolla this Friday evening at 7.00pm. They will be in action again next Monday evening at home to Moneygall at 7.45pm.

Our U12D team have a bye this week but will play Ballinahinch in Puckane next Monday evening at 7.00pm.

Our annual Cul Camp will take place in Puckane next week - booking for the camp is now closed.

The club wish to express sympathy to the Hackett & Hogan familes on the recent passing of Donie Hackett, Urra. Donie was a big supporter of the club and was an ever present figure in the GAA field in Puckane, watching his sons Dan & Seanie, and daughters Roisin, Brid, Niamh & Eadaoin hurling for the club along with his many grandchildren that now wear the blue and gold of Kiladangan. He also spent many years travelling around the county umpiring games and was always willing to help out when needed. He was a talented hurler in his own right, having played with his native Nenagh Eire Og in his youth. His pleasant and friendly nature and witty humour will be a big loss from the GAA sidelines around Tipperary. Ar dheis Dé go raibh a anam

Monday 10th AugustNorth Under 16 'B' Hurling Round 4Kilad...