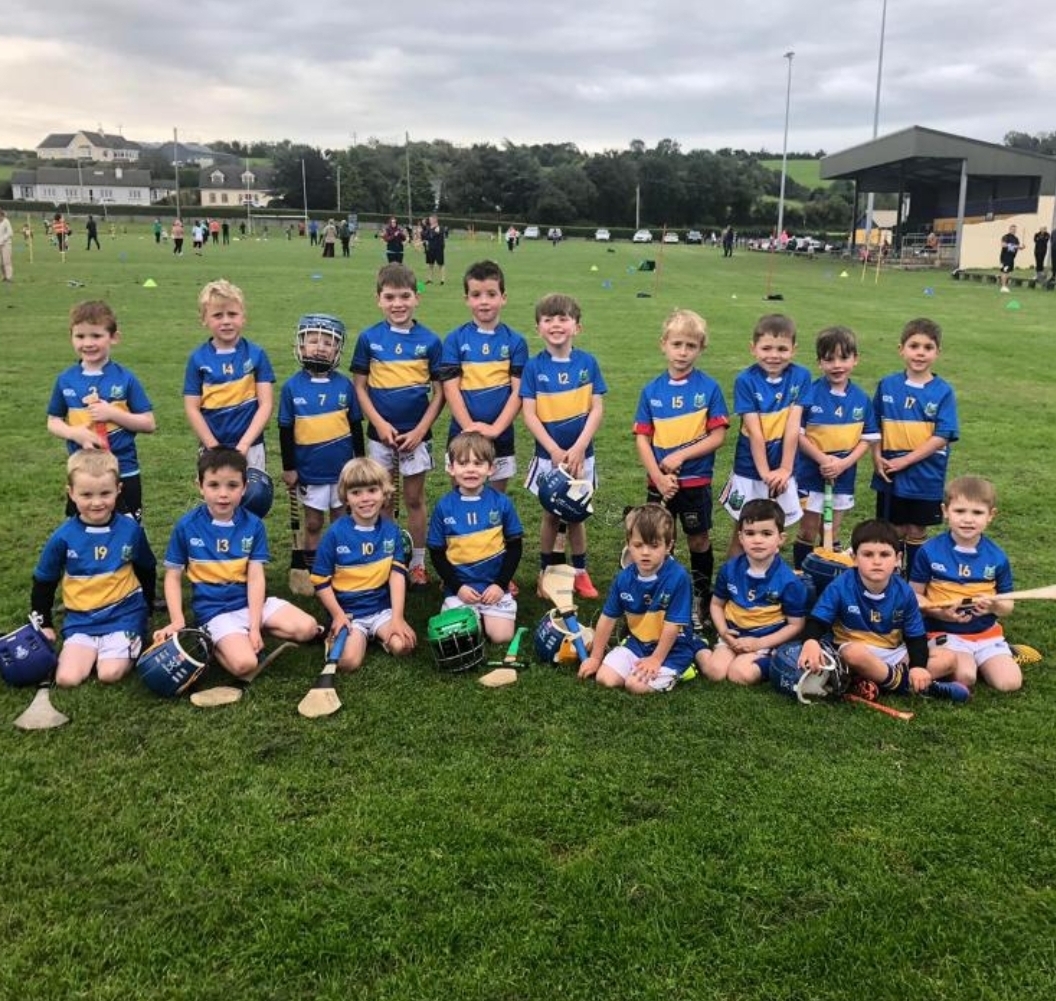 Well done to the Senior hurlers who put in a very impressive performance to defeat Drom Inch last Sunday evening, 1-21 to 0-9, in the Semi Final staged of the County Senior Hurling Championship. Bryan McLoughney was the Kiladangan goal scorer with team line outs, scorers and score tracker available on the clubs website at kiladangangaa.com.

They will now face Loughmore Castleiney in the County Final on Sunday 20th at 2pm in Semple Stadium with the game live on TG4. We would hope that all the supporters within the parish and further afield will get behind the team and show the club colours with flags and buntings.

The Junior 'B's lost out to Shannon Rovers last Friday evening in Ballinderry on a 1-14 to 0-20 scoreline in what was an exciting game of hurling. A poor start from Kiladangan led to the Rovers building up a nine point lead but Kiladangan responded well and went into the lead with an Eoin McGrath goal with ten minutes left on the clock. However, Shannon Rovers finished strong, scoring five points without reply in the closing minutes to gain the win. Team line out, scorers and score tracker are available on the clubs website at kiladangangaa.com. This now concludes this year’s Junior ‘B’ campaign as the lads will not progress to the knock out stages. Many thanks to the players for their commitment throughout the campaign and many thanks to the management team of Art Flannery and Eoin Butler.

Kiladangan GAA Club, in partnership with North Tipperary Hospice, will be running a Euro Millions Draw. The proceeds of the draw will be split 50:50 between Kiladangan GAA & the Hospice. For just a once off €20 entry, you will be entered in the Euro Millions draw and Euro Millions plus draw for the year as part of the syndicate with 1,600 chances of winning.. The draw will be starting on September 24th. You can purchase a ticket online at kiladangangaa.com/products or by texting 083 861 7641 or contact any club officer or player. Tickets will also be available to purchase in Tonys Tipp Top Shop in Ballycommon or Kennedys shop in Puckane.

The club are currently running a competition online on Facebook and Twitter for a chance to win €100 worth of tickets to the Euro Millions Draw. All you got to do is like and share the post which can be found on the clubs Facebook and Twitter pages. Check out the videos on Facebook of Lelia Kelly and Albert Purcell discussing the fundraiser and the need for funds.

Registration for adult club membership is live on the club website for 2020 with the rates as follows:

Membership can be paid online at: kiladangangaa.clubifyapp.com/membership_products

You can also sign up to our €200 package which includes entry to the Tipp draw, Kiladangan lotto and Kiladangan club membership.

Support your local Tipperary GAA clubs and join the Tipp Clubs’ draw for a chance to win amazing CAR and CASH prizes every three weeks. Sign up today to be in the first BUMPER draw on the 18th of Sept with two CARS plus €25k in prizes.

The U14s will take on Ballinahinch Templderry this Thursday 10th September at 6.30 pm in Puckane in the North ‘B’ Hurling Plate Play Off.

Our U12D team were beaten at north semi final stage after extra time by Kilruane last Wednesday evening on a scoreline of 3-3 to 3-4. The lads put in a great performance and were unlucky to lose out by such a narrow margin. Well done to Donagh Carmody who scored all three goals for Kiladangan and best of luck to Kilruane in the final.

The u12B team will play Moneygall in Moneygall this Wednesday evening at 6.30pm in the B plate north final.

SeniorIt was a successful weekend for both our Senior si...