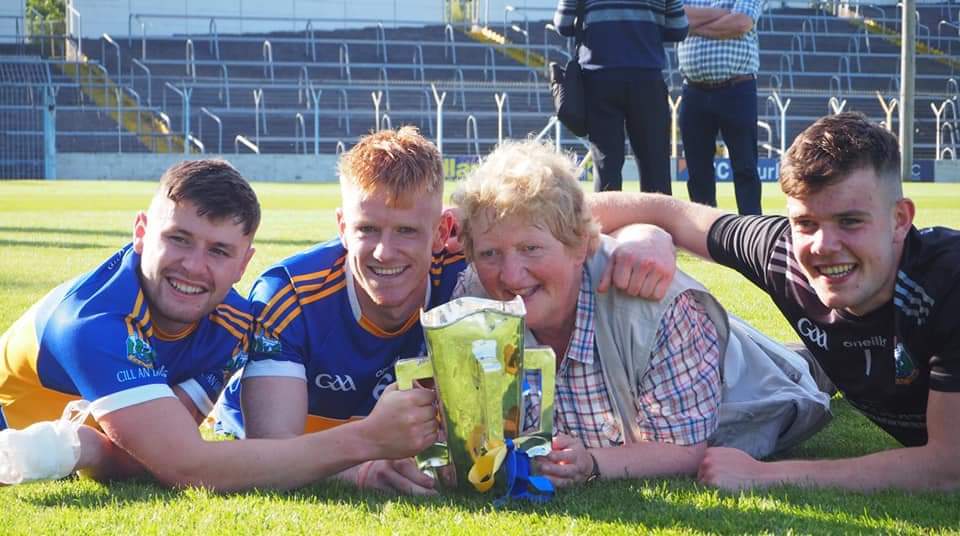 Kiladangan GAA Club, in partnership with North Tipperary Hospice, will be running a Euro Millions Draw.

The draw for the numbers for the EuroMillions will take place this Sunday night live on Facebook. The winner of our like and share competition will be announced on Sunday night.

We will be extending the deadline to 6pm on Sunday to give people a last minute chance to purchase a ticket.

Tickets can be purchased at kiladangangaa.clubifyapp.com/products

The syndicate will then be in the EuroMillions from next Tuesday (13th).

The proceeds of the draw will be split 50:50 between Kiladangan GAA & the Hospice. For just a once off €20 entry, you will be entered in the Euro Millions draw and Euro Millions plus draw for the year as part of the syndicate with 1,600 chances of winning. You can purchase a ticket online at kiladangangaa.com/products or by texting 083 861 7641 or contact any club officer or player. Tickets will also be available to purchase in Tonys Tipp Top Shop in Ballycommon or Kennedys shop in Puckane.

Kiladangan were due to take on Roscrea last Sunday in the first round of the Hogan Cup but the game was postponed due to the untimely death of Roscrea vice president Kevin Moloney – may he rest in peace. The game was refixed to take place this coming Sunday but this game is now unlikely to go head due to the GAA management committees decision to postponed all games (adult and juvenile) until further notice. Please keep an eye on the club’s social media pages for an update.

Well done to the Under 16 footballers who claimed the North ‘B’ football plate with a 5-7 to 2-4 win over Borrisokane.

The Under 12 footballers lost out to Burgess on a 0-5 to 1-6 scoreline in the first round of the North ‘B’ Football Championship.

County LeagueWell done to the Senior Hurlers who claimed ...

County LeagueBest of luck to the Senior Hurlers as they t...

County LeagueWell done to the Senior hurlers who had a 1-...