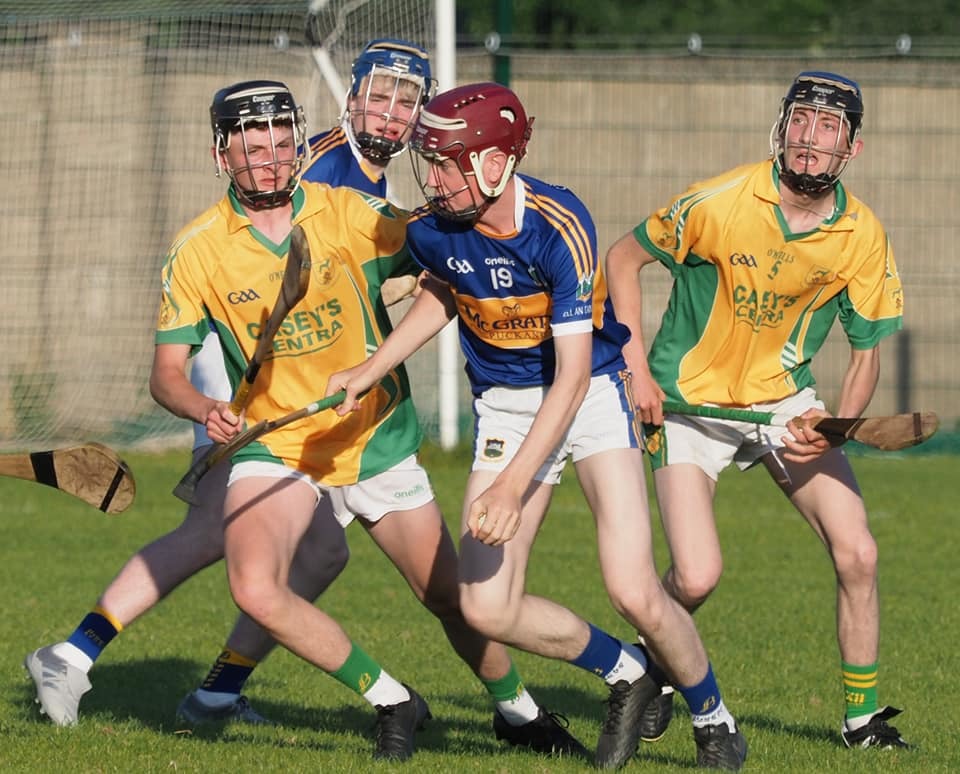 Best of luck to the Senior Hurlers as they take on Upperchurch Drombane in the final group game of the County League this Sunday 11th July at 12 noon in Drombane. We have a limited number of tickets for the game. Tickets will be given out on a first come first serve basis but with priority given to club members. Tickets cost €5. Contact any club officer to place your order. County/Club Pass 2020 cards remain valid until the end of the County League for your own club matches only.

Well done to the Junior ‘B’ Hurlers who had a hard earned 0-19 to 1-13 win over Knockshegowna in the North League last Friday evening. Knockshe scored a goal on the 60th minute which looked to have been the winning of the game but four points from Eoin Meagher in injury time ensured the victory for Kiladangan. Full team, scorers and score tracker available on KiladanganGAA.com. This result means that Kiladangan have topped the group and progress into the knock out stages. Portroe have also progressed whilst we await the Group 1 winner. There will be one Semi Final with one team straight into Final - this will be determined by an open draw. Well done to all, its great to see the clubs third team being so competitive.

The Under 19 hurlers impressed in their opening game of the North ‘A’ Hurling Championship after a 3-21 to 2-7 win over an understrength Toomevara side. Jack McGrath, Bill Cleary and Shane Gleeson were the Kiladangan goal scorers. Full team, scorers and score tracker available on KiladanganGAA.com. They will take on Ballina in their next game on Wednesday 7th July at 7.30 pm in Puckane.

The Under 17 footballers took on Moneygall Clonakenny last Monday 5th July in the North/Mid ‘B’ Semi Final in Puckane with no results at time of going to press.

The 13 ‘B’ team were due to take on Burgess in the North Plate Final last Wednesday 30th June but was postponed with the game refixed to take place soon. They commenced their hurling championship away to Borrisokane on Tuesday 6th.

Many thanks to everyone who contributed to the scrap metal collection over the last four Saturday mornings in Ballycommon. It was an overwhelming success with a large amount of scrap collected.

Keep Friday 30th July free in your diary as Nenagh Golf Club will host the annual Kiladangan GAA Golf classic. It is a 3 ball champagne scramble event and we have some fantastic prizes on offer such as 3 balls for Lahinch, Trump Doonbeg and Carton House.

Well done to the Tipperary hurlers who defeated Clare last Sunday in the Munster Semi Final. Barry Hogan made his championship debut in goals whilst Willie Connors and Alan Flynn both made the scoresheet after coming off the bench. Paul Flynn, James Quigley and Billy Seymour were also on the panel with Darragh Egan as coach. They will take on Limerick in the Munster final on Sunday 18th July.