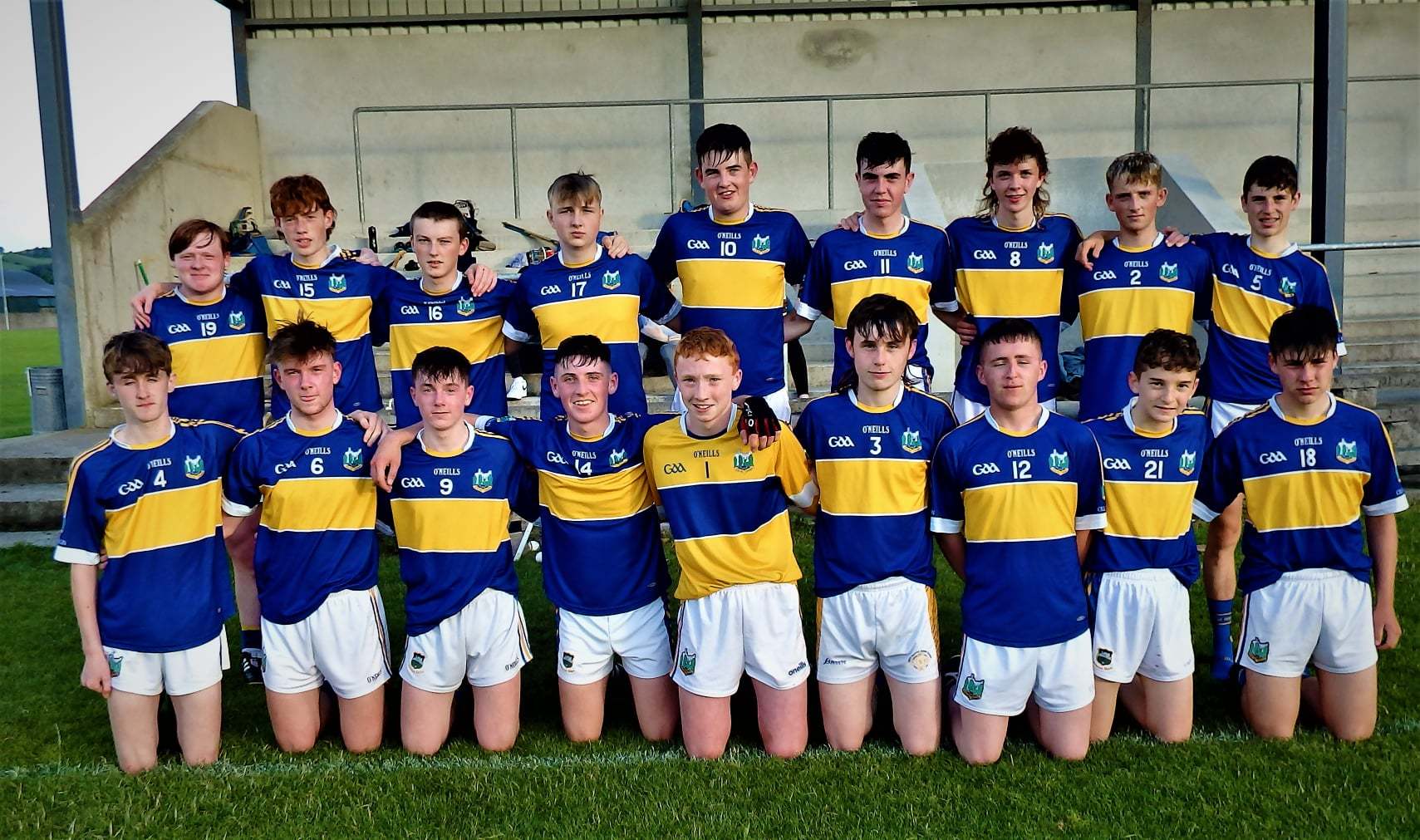 Published: about 1 year ago

Well done to the Senior hurlers who had a 1-18 to 0-20 win away to Upperchurch Drombane last Sunday in the final group game of the County League. Billy Seymour was the scorer of the games only goal. Full team, scorers and score tracker available on KiladanganGAA.com. This result means that Kiladangan have topped the group and progress to the Group 2 league final where they will take on Moycarkey Borris. Please keep an eye on the clubs social media pages for the fixture details once confirmed.

Well done to the U19 hurlers who had an impressive 4-20 to 1-20 win over Ballina last Wednesday evening in Puckane in their final game of the group stages. Paul Seymour (2), Conor Sheahan and Shane Gleeson were the Kiladangan goal scorers. Full team, scorers and score tracker available on KiladanganGAA.com. This result now means that Kiladangan have topped the group and will progress directly to the North Semi Final. This game will take place on Wednesday 28th July with the opposition still to be determined.

The Under 17 footballers took on Moneygall Clonakenny last Monday 5th July in the North/Mid ‘B’ Semi Final and lost out on a 3-5 to 3-11 scoreline. Their attention then turned to the Hurling championship where they took on Ballinahinch Templederry on Monday 12th where they won on a 2-12 to 0-15 scroreline.

The Under 15 hurlers commenced their hurling championship lost Thursday where they lost out to Moneygall Clonakenny 3-7 to 5-9. They will be away to Lorrha this Thursday 15th with a 7pm throw in.

The U13 ‘B’ side lost out to Borrisokane by 0-6 to 1-8 in their first game of the hurling championship last Tuesday 6th July. Both sides played in Puckane on Tuesday 13th with the ‘D’s losing out to Burgess and the ‘B’s defeating Portroe.

Well done to both Under 11 sides who played some great hurling last Saturday morning in Puckane against Silvermines. The ‘D’ side won their game whilst the ‘B’ team had an exciting 3-9 to 4-6 draw. They will be both away this coming Saturday 17th with the ‘B’s playing Moneygall and the ‘D’s taking on Lorrha.

Keep Friday 30th July free in your diary as Nenagh Golf Club will host the annual Kiladangan GAA Golf classic. It is a 3 ball champagne scramble event and we have some fantastic prizes on offer such as 3 balls for Lahinch, Trump Doonbeg and Carton House. Entry is €180 which includes a meal in the club house after (or €150 per team for golf only).

We are inviting businesses to support our fundraising efforts by taking out sponsorship on a tee box. The cost of the Tee box sponsorship is €50. You can purchase sponsorship on KiladanganGAA.com/products or by contacting any club officer.

Best of luck to Sean Hayes who started centre forward on the Tipperary U20 team that on Waterford in the Munster Quarter Final last Monday evening (12th July) with Dan Hackett selector as part of the management team. Best of luck to the Kiladangan contingent of Barry Hogan, Alan Flynn, Willie Connors, Paul Flynn, James Quigley, Billy Seymour and Darragh Egan as the Tipperary Senior side take on Limerick this coming Sunday in the Munster Final at 4.15 pm in Páirc Uí Chaoimh Cork.

Well done to all who took part in the Cul Camp last week in Puckane. It was fantastic to see 142 kids take part with some brilliant football and hurling/camogie on show. Many thanks to all the coaches who attended during the week and special thanks to Sinead Meagher who visited the camp on Friday with the Munster Intermediate Camogie cup. The kids were delighted to get their picture taken with the cup.

SympathyKiladangan GAA club wish to offer sympathy to the...

Senior HurlingBest of luck to the Senior hurlers who take...