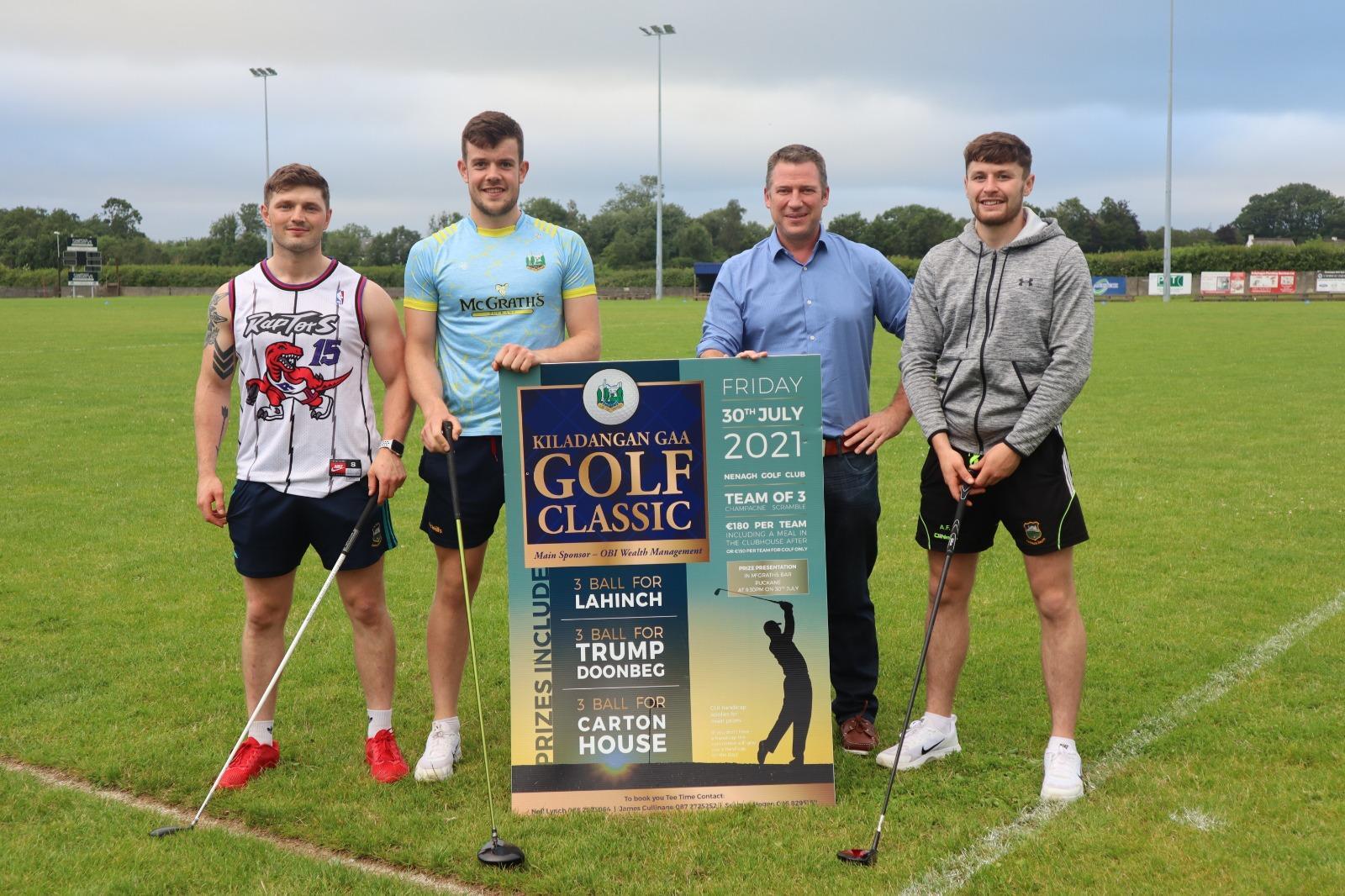 Published: about 1 year ago

Best of luck to the Senior Hurlers as they take on Moycarkey Borris this coming Saturday at 7pm in Templemore* in the Group 2 County League Final. *Please note change of venue.

The draw for the Junior ‘B’ League knock out stages took place last weekend. Kiladangan have been drawn straight into the final with Portroe taking on Silvermines in the Semi Final. The final will take place on the weekend of the 31st of July.

The Under 19 hurlers will take on the winners of Silvermines and Toomevara in the North ‘A’ Hurling Semi Final. This game will take place on Wednesday 28th July

Well done to the U17 hurlers who defeated Ballinahinch Templederry on Monday 12th on a 2-12 to 0-15 scoreline in their first game of the group staghes. They took on Moneygall Clonakenny in Puckane on Monday 19th with no result at time of going to print.

The Under 15’s lost out to a strong Lorrha side last Thursday evening. They are at home to Newport this Thursday 22nd at 7pm.

Both Under13 sides played in Puckane on Tuesday 13th with ‘D’s losing out Burgess and the ‘B’s defeating Portroe. The North Under 13 ‘B’ Football Shield final took place on Monday evening away to Burgess with no result at the time of going to print whilst both sides were out in action on Tuesday 20th, with the ‘B’s at home to Burgess and the ‘D’s away to Newport.

Both Under 11 sides are playing this Saturday with the ‘D’s playing Kilruane in Cloughjordan at 10 am whilst the ‘B’s are away to Moneygall at 11 am.

Keep Friday 30th July free in your diary as Nenagh Golf Club will host the annual Kiladangan GAA Golf classic. It is a 3 ball champagne scramble event and we have some fantastic prizes on offer such as 3 balls for Lahinch, Trump Doonbeg and Carton House. Entry is €180 which includes a meal in the club house after (or €150 per team for golf only).

We are inviting businesses to support our fundraising efforts by taking out sponsorship on a tee box. The cost of the Tee box sponsorship is €50. You can purchase sponsorship on KiladanganGAA.com/products or by contacting any club officer.

Hard luck to the Tipperary senior hurlers who lost out to Limerick last Sunday in the Munster Final. They will be out in action again in the All Ireland Quarter Final on the weekend of the 31st of July.

Well done to Sean Hayes who scored 1-1 in Tipperary’s Under 20 Munster Quarter Final win over Waterford on Monday 12th July. Best of luck to Sean and to Dan Hackett as selector as they took on Cork in the Munster Semi Final on Tuesday 20th July.

To Josh Fletcher and Aoife Ryan on the birth of their baby girl recently.

SympathyKiladangan GAA club wish to offer sympathy to the...

Senior HurlingBest of luck to the Senior hurlers who take...