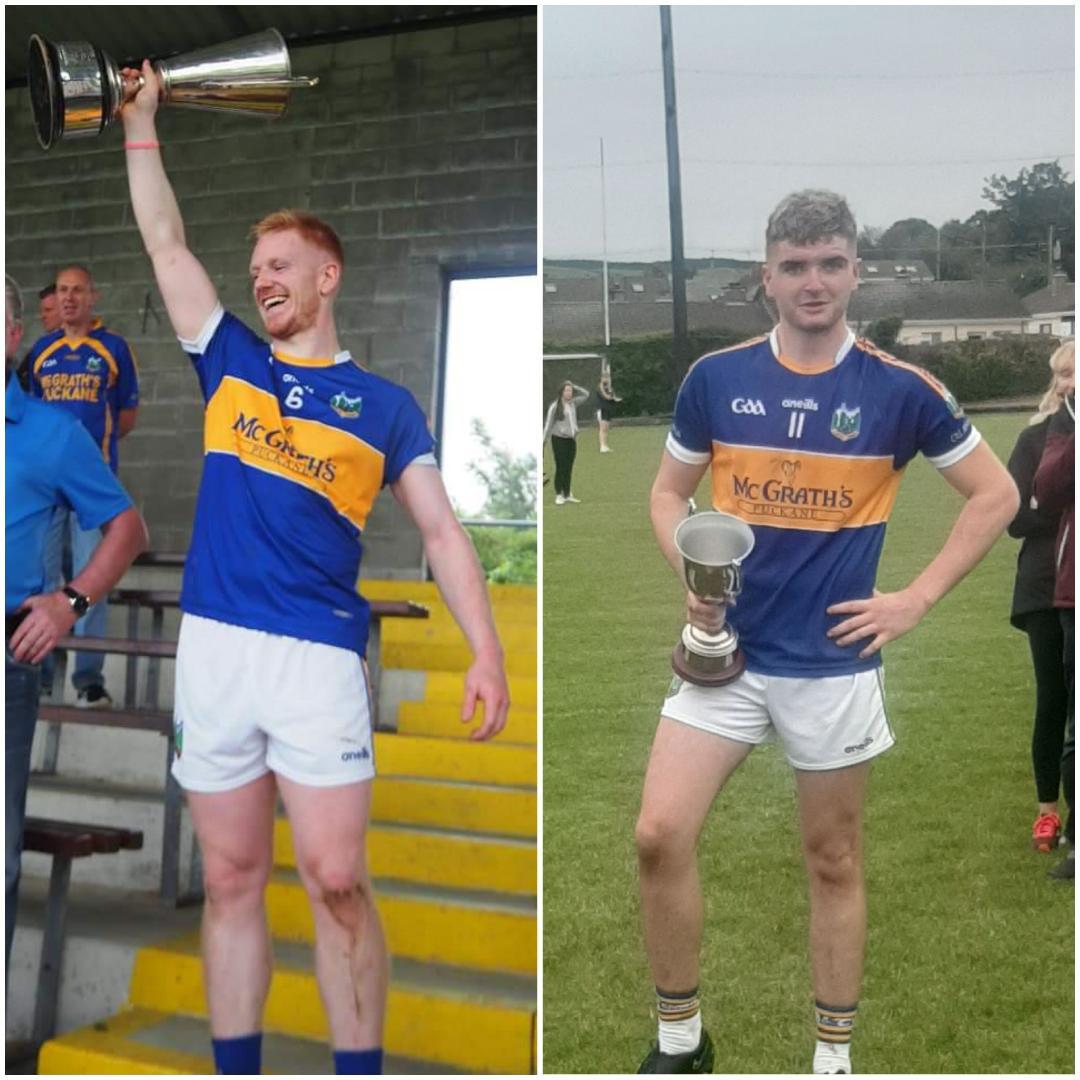 Well done to the Senior ‘A’ hurlers who retained the Frank McGrath Cup after a 2-18 to 1-16 victory of Kilruane MacDonaghs in the North Senior Hurling final which took place last Sunday evening in Nenagh. Similar to the Semi Final, a late Dan O’Meara goal was the key score in the game with Tadhg Gallagher scoring Kiladangan’s first goal. Captain David Sweeney accepted the cup after the game whilst Billy Seymour was named as man of the match. Full teams, scorers and score tracker are available at KiladanganGAA.com.m

Attention now turns to the County Championship where the Senior ‘A’s will take on Loughmore Castleiney this coming Friday at 7pm in Semple Stadium. This game is to be streamed live online whilst it is an all ticket event with tickets limited. Please keep an eye on the Kiladangan GAA social media pages of details of both streaming and tickets.

On Sunday, the Senior ‘B’s will take on Burgess in the Seamus O’Riain. This game will throw in at 5.30 pm in Nenagh. As with all county championship games, this will be an all ticket affair. Ticket details will be provided on Kiladangan social media pages.

Hard luck to the Junior ‘B’ hurlers who lost out to Ballina last Saturday evening on a 1-15 to 0-22 scoreline in the second round of the North Championship. Aidan Ryan was the Kiladangan goal scorer with full team, scorers and score tracker available at KiladanganGAA.com. Their final group game will be at home to Templederry Kenyons on Saturday 4th September. A win will be needed to book a spot in the knock out stages.

The club will be fielding a fourth team for the first time ever this coming weekend where the lads will take on Roscrea in Puckane. Please keep an eye on the clubs social media pages for full fixture details.

Well done to the Under 19 hurlers claimed the North U19 ‘A’ hurling title last Wednesday evening in Portroe after a hard earned 1-19 to 2-15 win over Ballina. A late Paul Seymour goal proved to be the winning of the game. Shane Gleeson accepted the cup as Kiladangan captain after the game. Well to the management team of Eamonn Kelly, Mike Ryan Scart, Martin Minehan and Fergal Hayes. Full teams, scorers and score tracker available at KiladanganGAA.com. The lads will play the county semi final in late September.

The Under 17s lost out to Burgess in Kilcolman last Monday evening. They were scheduled to take on Borris Ileigh on Monday 23rd in Puckane but Borris Ileigh were unable to field.

The Under 15 hurlers competed in the Feil na Gael last Saturday evening. Unfortunately they didn’t progress out of the group but gave great performances throughout. Attention now turns to the Peil na nOg taking place this Saturday in Golden where they will play Golden at 12 noon and St Patricks at 1pm.

The Under 13 ‘D’ hurlers were away to Toomevara on Tuesday 24th with no result at time of going to print.