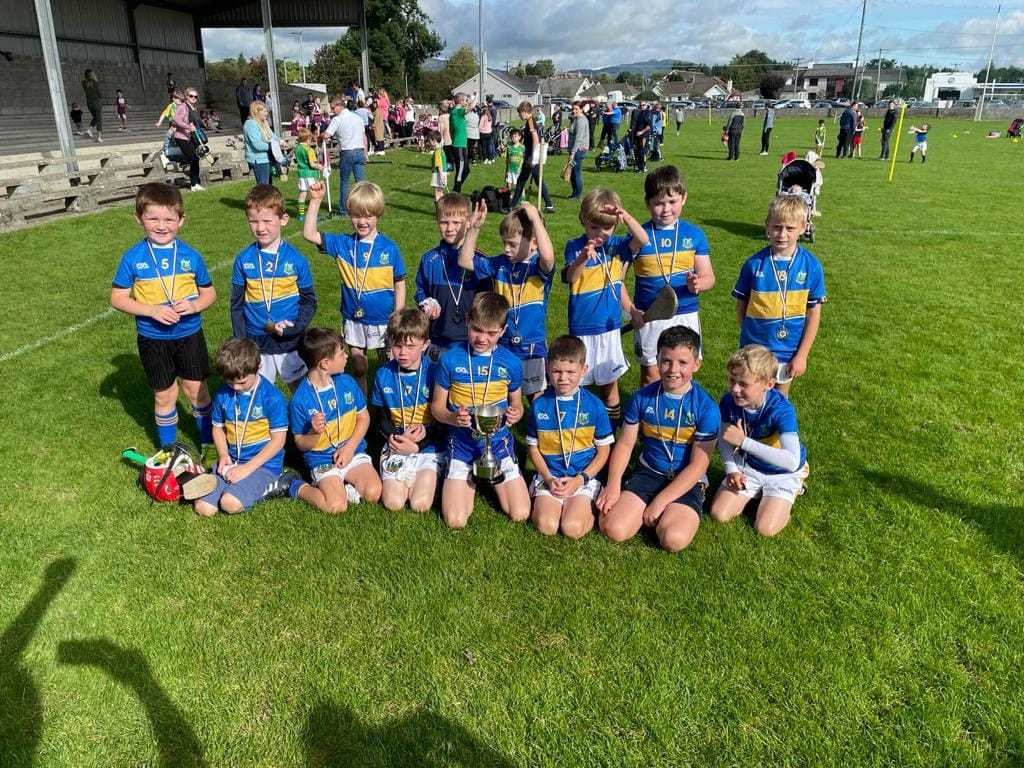 Both Senior sides were out in action last weekend in the final round of the County Championship group stages. On Saturday, the Senior ‘B’s 0-15 to 0-15 draw with Carrick Swan resulted with the lads finishing second in the group on score difference. This means that they will progress to the Quarter Final stages which is a brilliant achievement. They will take on either Templederry Kenyons, Killenaule or Cashel King Cormacs in the Quarter Final.

On Sunday, the Senior ‘A’s had a hard earned 0-16 to 1-11 win over Moycarkey Borris in Templemore. The lads have topped the group and will be top seeds in the Quarter Final draw where they will take on either Upperchurch Drombane, Clonoulty Rossmore, Borris Ileigh or Killenaule (who are in the preliminary quarter final).

The County Quarter Finals will take place on the weekend of October 17th.

The Junior ‘B’ hurlers had a hard earned 0-15 to 1-8 win over Knockshegowna last Sunday morning in Ballinderry in the North Quarter Final. They will take on Borrisokane in the Semi Final this coming Sunday 3rd October. Ballinderry will be the venue with a 1pm throw in.

The Junior ‘C hurlers lost out to Ballina last Saturday evening on a 0-13 to 4-17 scoreline. The lads had already booked a spot in the Semi Final’s going into the game. The Semi Final will likely take place on the weekends of either 17th or 24th October.

The Under 19s will take on Ballina in the North ‘A’ Football final. This is provisionally scheduled to take place on Thursday 7th October.

Well done to the Under 15 hurlers who defeated Borrisokane in Puckane on Tuesday by 2-15 to 1-3 in the North Plate Final. Captain Gavin McGrath accepted the plate from Anthony Sherlock

Well done to our Under 7 hurlers who won the Martin Hayes Memorial Tournament last Saturday morning. They played great hurling against Borris Ileigh, Toomevara and Drom Inch. Well done to all and thanks to Borris Ileigh for hosting

Full details are available on the Tipperary GAA website: tipperary.gaa.ie/tipperary-gaa-clubs-draw/

SeniorBoth Senior sides will be out in action this coming...