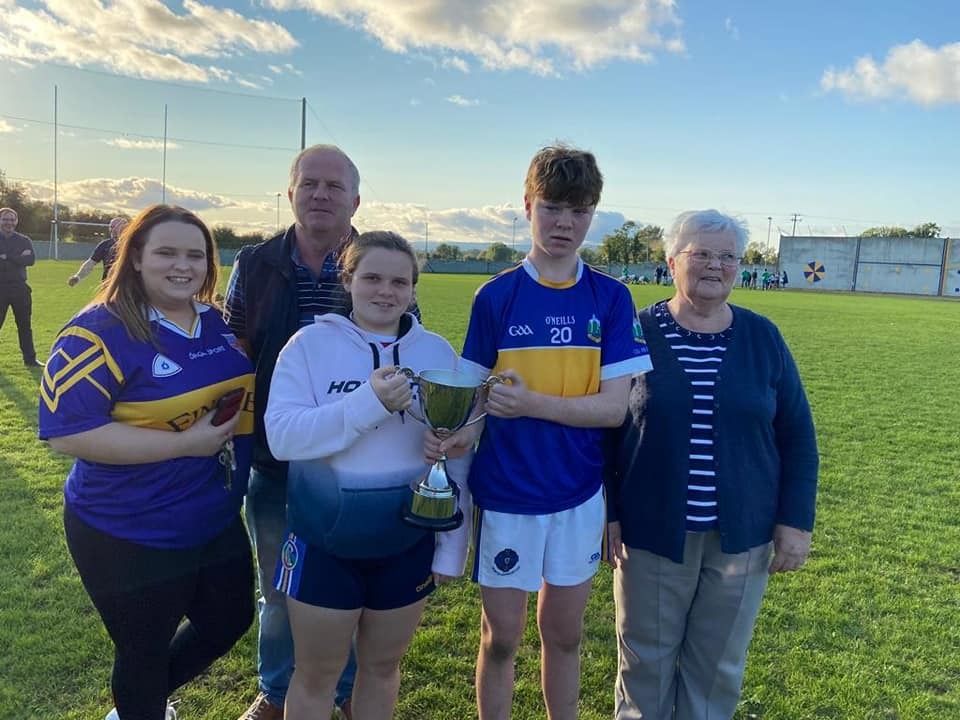 Both Senior sides will be out in action this coming weekend in the Quarter Final stages of the County Championship. On Saturday, the Senior ‘B’s will face Killenaule at 3pm in Templederry whilst on Sunday, the Senior 'A's will take on Upperchurch Drombane in Semple Stadium at 2pm.

Tickets for both games are available online at the Tipperary GAA website whilst its expected that the Senior 'A' game against Upperchurch will be streamed live. Details will be posted on the Kiladangan GAA social media pages.

Pride of place goes to the Junior ‘B’ hurlers who claimed the North Junior 'B' Championship title last Sunday in Toomevara after a titantic extra time battle against Silvermines - Final Score 2-21 to 1-22. The lads faced a 5 point deficit at the second half water break but a run of points and a Paraic Kelly goal cut the Silvermines lead. A long range Bill Cleary goal was the the key score in extra time. Captain Johnny McGrath accepted the cup after the game in front of a jubliant Kiladangan crowd. Well done also to the management team of Eoin Butler, Eamonn Kelly, Eddie Fogarty and Mike Ryan Scart.

They will be out in the County Semi Final in the coming weeks.

The Junior ‘C hurlers will be out in the Semi Final on the weekend of 24th October.

Hard luck to the Under 19 footballers who lost out to a strong Ballina side last Wednesday in Puckane in the North 'A' Final - final score 1-4 to 3-11 with James O'Meara scoring the Kiladangan goal.

Well done to the Under 14 hurlers who won the Dick Mulcahy Memorial Tournament last Saturday morning in Puckane after they defeated Emeralds in the Final by a point with Portroe also competing in the tournament. Kiladangan captain Dara O'Dwyer accepted the throphy from the Mulcahy family after the final. Well done to all.

Kiladangan Lotto draw took place last Monday 4th October. There was no winner of the €17,400 jackpot or the Second Chance €500 Draw.