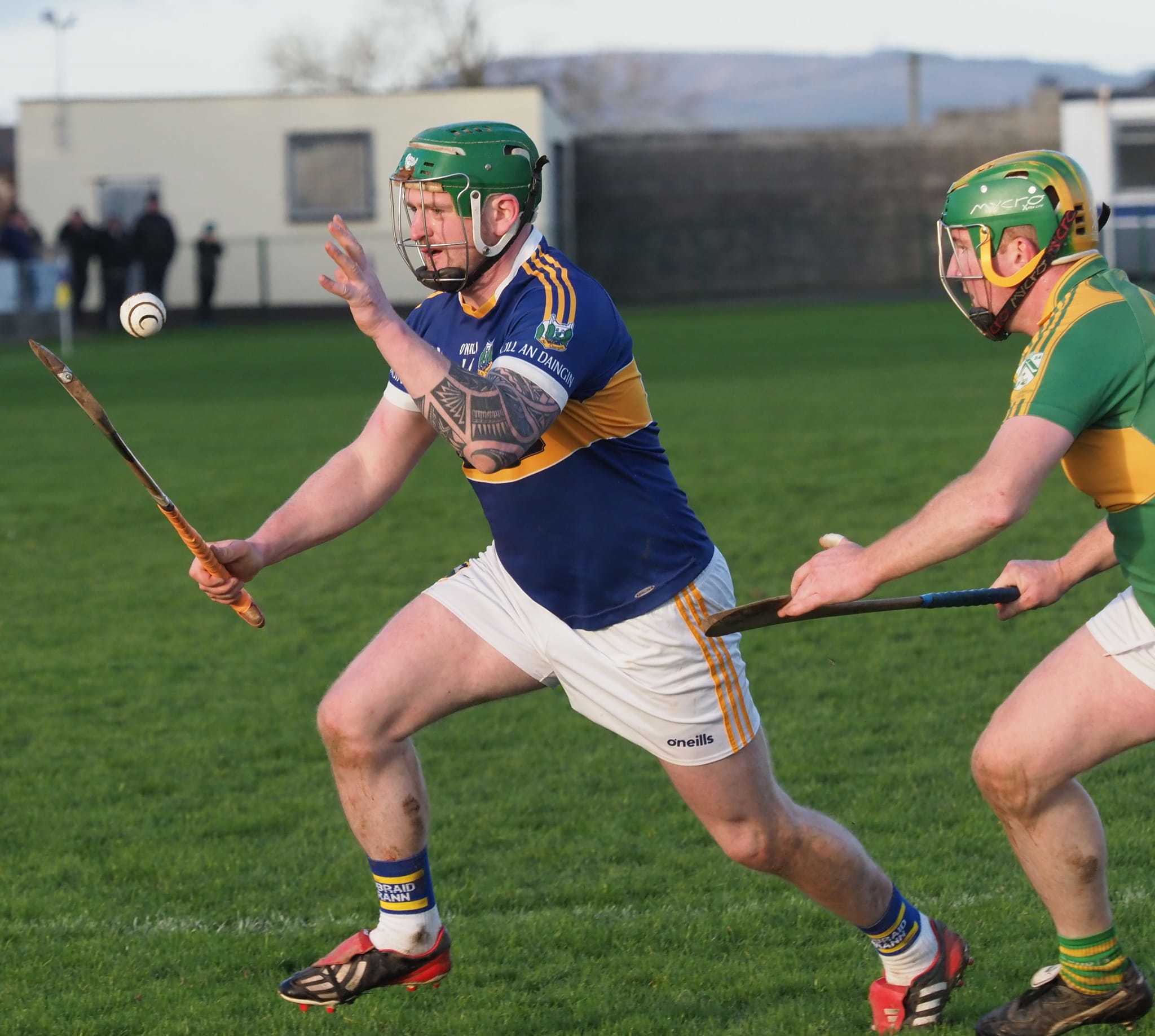 Hard luck to the Junior ‘B’ hurlers who lost out to a strong Clonoulty Rossmore side on a 1-12 to 3-15 scoreline in Newport last Sunday in the County Final. Eoin Gleeson was the Kiladangan goal scorer with full team, scorers and score tracker available on KiladanganGAA.com. Congratulations to Clonoulty Rossmore on their win. Well done to our lads who had a great year winning both league and championship North titles – a great achievement for the club’s third team. Many thanks to the players for their commitment throughout the year and to the management team of Eoin Butler, Eamonn Kelly, Eddie Fogarty and Mike Ryan.

The Under 21 hurlers defeated Ballina by 3-23 to 0-10 on Tuesday 23rd in the North ‘A’ Quarter Final. They will take on Nenagh Eire Og in the Semi Final on Sunday 5th December at 2pm in Borrisokane.

Congratulations to Dan O’Meara, Tom O’Meara and Willie Connors who were part of the Ballina football panel that claimed the County Junior ‘A’ Football title last weekend after defeating Knockavilla Kickhams in the final.

Join the Kiladangan Euro Millions draw for the year for just €20. All entrants will also be entered into a draw to win a trip for two people to New York. 12 month entry to the Euro Millions draw and Euro Millions plus draw- Starting in November 2021 with 1,600 chances of winning. A donation from the fundraiser will be made to both the North Tipperary Hospice and Friends of Nenagh Hospital. Join online at kiladangangaa.com/products

Under 21The Under 21 hurlers were extremely unlucky to lo...

Under 21Best of luck to the Under 21 hurlers as they take...

Under 21Well done to the Under 21 hurlers who had an impr...