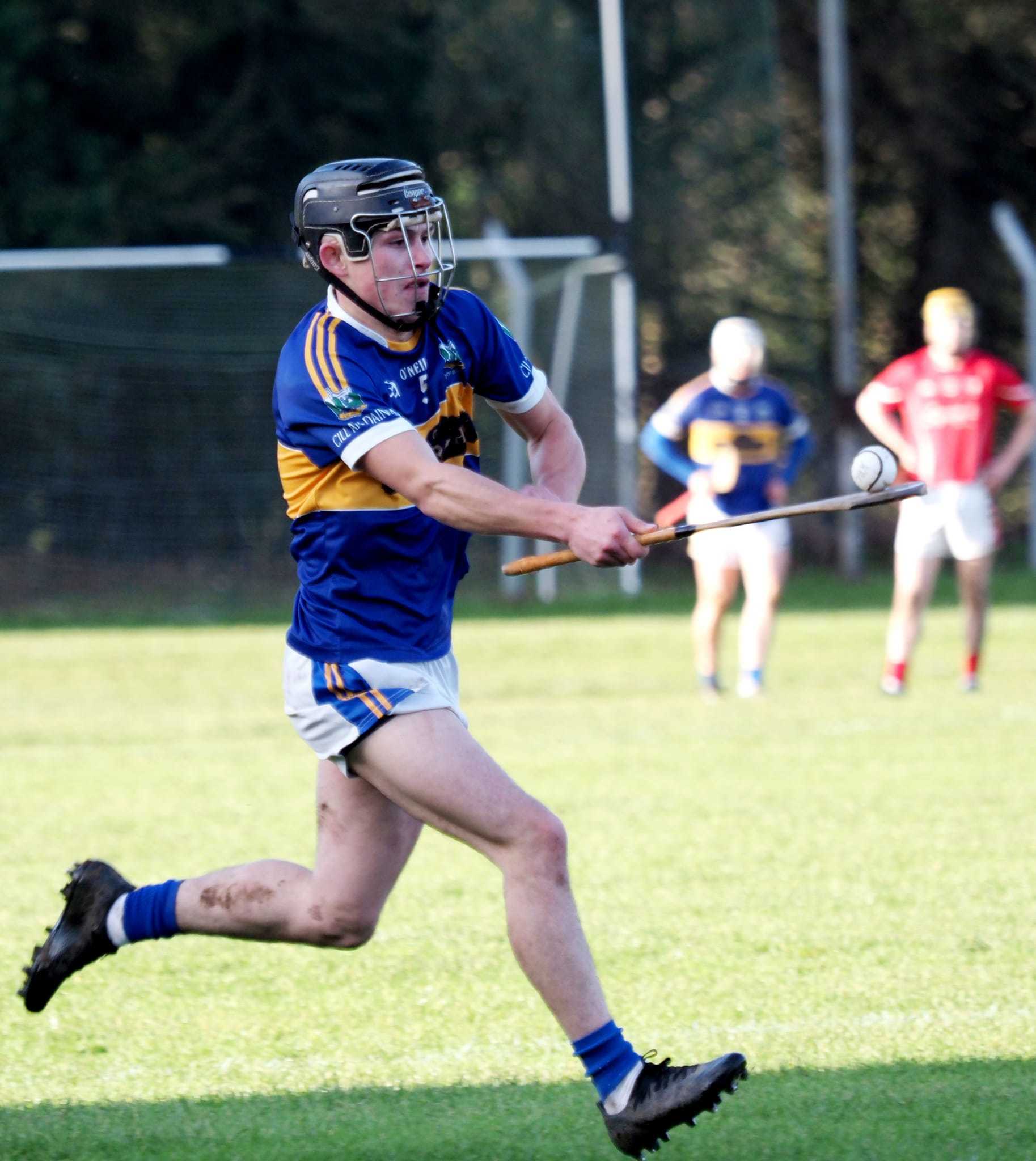 At last Thursday nights AGM, Clair Byrne departed the role as club secretary after a very successful 2 year term where Clair excelled in the role and we would like to thank her for all the hard work that she done for the club during her term.

The very best of luck to Liam Hayes who steps into the position for 2022 – a man willing and ready for the job!

The following officers were elected for 2022:

The positions of Assistant Secretary and ASAP Officer will be filled at the adjourned AGM in early February.

Well done to Darragh Flannery who was part of the NUI Galway panel that defeated DCU last week in the Colleges All Ireland League Final. Attention now turns to the Fitzgibbon Cup which starts this week.

On Wednesday 19th, Darragh Flannery is a member of the NUI Galway panel that take on UCD in Belfield (UCD’s grounds) at 7.45pm. On the same evening, Fergal Hayes will line out for Carlow IT in a local derby clash against Waterford IT at 7 pm in WIT Sports Campus. On Thursday 20th, both Ronan Ducie and Billy Seymour line out for TUS Midwest (formally Limerick IT) as they take on city rivals University of Limerick at 7pm in UL.

On Thursday 20th, Conor Byrne is a member of the MIC Thurles panel that take on MTU Kerry Campus in Tralee at 7pm in the first round of the Ryan Cup

The deadline is approaching for the Kiladangan Euro Millions and Trip to New York Draw. For just €20, you will get 12 month entry to the Euro Millions draw and Euro Millions plus draw whilst all entrants will also be entered into a draw to win a trip for two people to New York.

A donation from the fundraiser will be made to both the North Tipperary Hospice and Friends of Nenagh Hospital. Join online at kiladangangaa.com/products. The draw will take place in early January 2022.

Hard luck to Conor Sheahan, Jack McGrath, Paul Seymour, Noel Gleeson and Darragh Tucker who were part of the Nenagh CBS panel that were defeated by De La Salle College Waterford last Wednesday 12th January at in the Harty Cup Quarter Final by 4-13 to 0-16.

The “Every Step Counts” challenge is back where clubs walk/run a collective 4,000km (that's roughly the distance around Ireland!) between January 19th to February 23rd.

With lots of us in the parish covering miles on the road and the walking track, we have registered the club for this event.

Anyone can register for this so appreciate if you can support and forward the link below to anyone you think may be interested in taking part.

To take part - simply register with Kiladangan GAA & Camogie via the My Life app https://mylife.irishlife.ie/home

Download the MyLife by Irish Life app on your phone and register - go to 'My Challenges' and join. Scroll down to Kiladangan GAA & Camogie under the Munster section.

Hard luck to Dan O’Meara, Tom O’Meara and Willie Connors (injured) who were part of the Ballina football panel that were defeated by Gneeveguilla of Kerry last Saturday in the Munster Junior Football Final.

Enter the Kiladangan GAA Lotto online to be in with a ch...

Junior ‘B’ HurlingThe Junior ‘B’ hurlers will commence th...