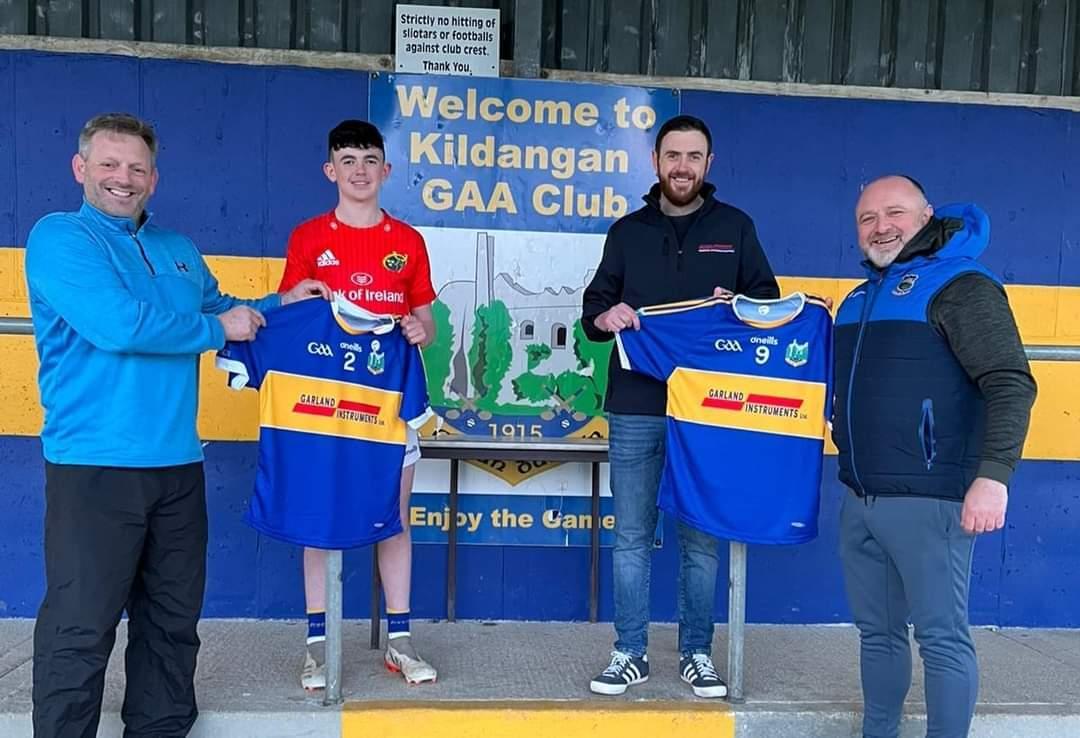 The fifth and final round of the County Hurling League will take place this coming Sunday 15th May at 12 noon against Upperchurch Drombane in Puckane. A win is required (coupled with a number of other results in the group) to book a spot in the League Semi Final.

Well done to the Junior ‘A’ hurlers who had an impressive 1-22 to 1-10 win over Kilruane MacDonaghs last Friday evening in the fifth round of the North Junior ‘A’ Hurling League. Paul Seymour was the Kiladangan goal scorer with Full team and scorers available at KiladanganGAA.com. This result now means that Kiladangan have finished third in the group and will progress to the Semi Final stages which takes place this coming Friday 13th May at 7pm in Borrisoleigh against Toomevara.

The Junior ‘B’ hurlers had a 0-15 to 0-8 win over Nenagh Eire Og last Saturday in Puckane. Full team, scorers and score tracker available on KiladanganGAA.com. Their fourth and final group game takes place this coming Thursday against Templederry Kenyons at 7.30pm in Templederry. A win is required in order to book a spot in the knockout stages.

The draws for the County Championship took place last week. In the Senior, Kiladangan will face familiar foes Loughmore Castleiney and JK Brackens aswell as Eire Og Annacarty. The Premier Intermediates will take on Moyne Templetouhy, Silvermines and Roscrea.

The Under 19’s North League game against Nenagh Eire Og scheduled to take place this coming Wednesday has been postponed.

The Under 17’s had a 1-1o to 1-1o draw against Upperchurch Drombane in the second round of the County Under 17 ‘B’ Hurling league on Monday 9th May.

The Under 15 footballers game against Lorrha Rovers in the North Quarter Final was originally scheduled to take place this Thursday 12th May has been refixed to take place next Tuesday 17th at 6.45 pm in Lorrha.

Pride of place goes to the Under 13 footballers who had a very impressive 6-4 to 2-2 win over Burgess last Thursday in the North ‘B’ Football Final. Ruairi Hackett was the victorious Kiladangan captain who accepted the cup after the game. They will face Galtee Rovers in the County Semi Final this coming Sunday 15th May at 7pm in Durlas Og GAA pitch in Thurles.

Hard luck to Barry Hogan (goals), Paul Flynn (corner forward), Alan Flynn and James Quigley who were part of the Tipperary Senior Hurling panel that were defeated by Limerick last Sunday in the third round of the Munster Senior Hurling Championship.

Hard luck to Shane Gleeson who was part of the Tipperary Under 20 Hurling panel that were defeated by Limerick last Wednesday in the Munster Final.

Many thanks to everyone for supporting the lotto. We would urge people to sign up for the lotto online at kiladangangaa,com/products

Club membership for 2022 is available to purchase on the Kiladangan GAA website at kiladangangaa.com/membership_products

Full list of membership options are available on the Kiladangan GAA social media pages. If you wish to pay in person then please contact club registrar Fergal Hayes on 086 150 6266

The club wish to express sympathy to the Egan family (Puckane) on the death of Peter Egan (Coolbawn) who passed away recently. May he rest in peace.

County Hurling LeagueThe fifth and final round of the gro...