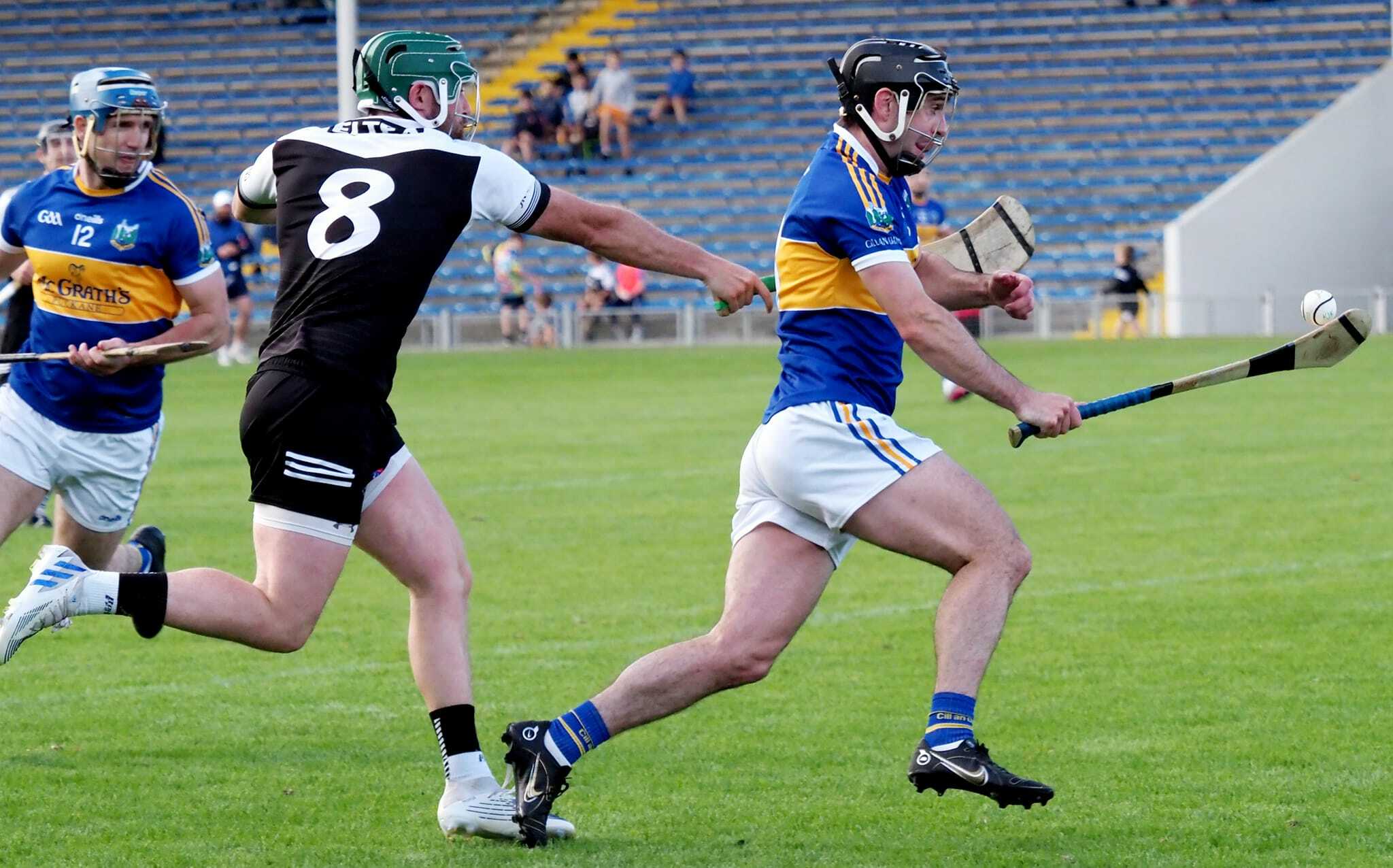 Well done to the Senior Hurlers who had a 3-13 to 1-14 win over JK Brackens last Sunday in Semple Stadium in the third round of the County Championship. Paul Flynn, Joe Gallagher and Jack Loughnane were the Kiladangan goal scorers with full teams, scorers and score tracker available at KiladanganGAA.com. This result now means that the lads top the group and progress straight to the Quarter Finals. The Quarter Finals are due to take place on the weekend of 24th/25th September.

Hard luck to the Premier Intermediate Hurlers who narrowly lost out to Silvermines on a 0-13 to 0-15 scoreline in Round 3 of the County Championship last Saturday in Nenagh. Full teams, scorers and score tracker available at KiladanganGAA.com. This now means that the lads will take part in a relegation play off in the coming weeks. Carrick Swans, Ballina and Newport will also contest the relegation play offs.

The Junior ‘C’s will take on Kilruane MacDonaghs in Round 2 of the North Junior ‘C’ Hurling Championship on the weekend of 17th/18th September.

The Under 17 hurlers lost out to Lorrha last Wednesday 31st on a 1-12 to 2-14 scoreline in the North ‘B’ Hurling Quarter Final. Jos Slattery was the Kiladangan goal scorer. They took on Borrisokane last Monday evening (5th September) in Puckane in the North ‘B’ Hurling Plate Semi Final where they had a 2-13 to 0-9 win. They will take on Ballinahinch Templederry in the Plate Final next Monday (12 September) at 6.00 pm in Templederry. Best of luck lads!

The Under 15 hurlers will take on Borrisokane this Thursday 8th September at 6.30 pm in Puckane in the North ‘B’ Hurling Championship.

The Under 11 hurlers took part in the Seamus Hayes Memorial Tournament last Saturday morning in Puckane with Lorrha Dorrha, Eire Og Annacarty and Newmarket on Fergus also taking part. Well done to Newmarket who claimed the cup whilst well done to Eire Og who won the plate. Seamus’ son Fergal made the presentations to the victorious captains.

Well done to Pauric Meagher (Monsea) who was the lucky winner of the €22,100 Jackpot draw which took place last Monday 29th August. Pauric’s lucky numbers were 7,12,33,34.

The 2022-2023 Tipperary Draw will commence on Friday September 16th with a prize fund of €500k. A Car worth €15k or cash alternative along with cash prizes will be won each month. The draw is a key source of funding for the club so your support would be greatly appreciated. If you wish to enter then please contact Marian Minehan on 0861699564

The club wish to express sympathy to the friends and family of Liam Madden Senior (Upper Grange) who passed away recently. May he rest in peace.

Senior HurlingWell done to the Senior hurlers who had a h...