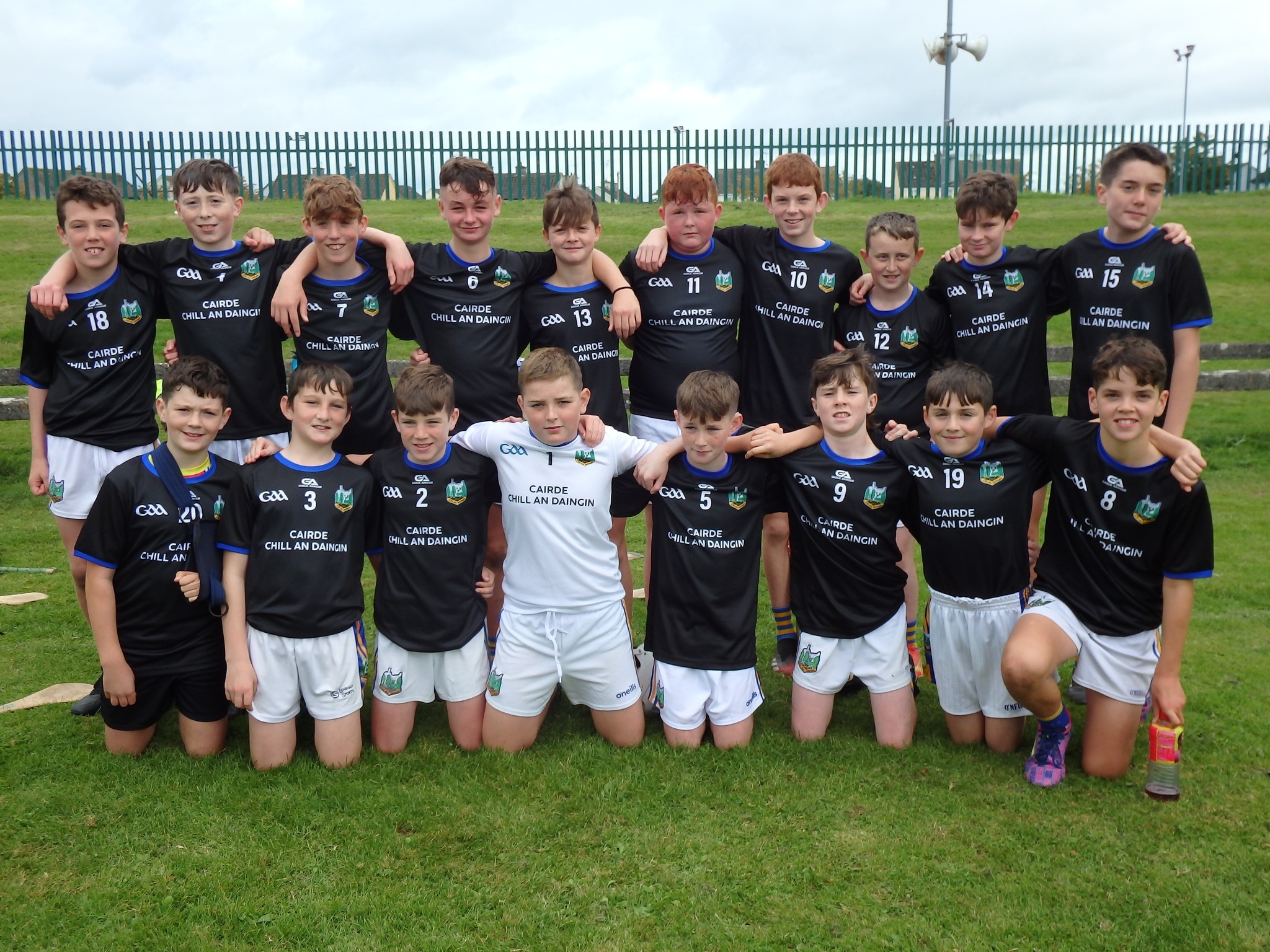 Well done to the Senior hurlers who had a hard earned 1-14 to 0-12 win over Clonoulty Rossmore in the County Quarter Final last Sunday in Semple Stadium. A Tadhg Gallagher goal with five minutes left of normal time helped to secure the win for Kiladangan. Full teams, scorers and score tracker available at KiladanganGAA.com. The lads will now take on Drom Inch in the Semi Final. This game will take place on Sunday 9th October at 3.45 pm in Semple Stadium.

Hard luck to the Premier Intermediate Hurlers who lost out to Newport on a 3-13 to 0-23 scoreline in the Relegation Semi Final last  Saturday in Dolla. An impressive last ten minutes from Newport proved to be the winning of the game. Ciaran Kelly (2) and Shane Gleeson were the Kiladangan goal scorers with full teams, scorers and score tracker available at KiladanganGAA.com. The lads will take on Carrick Swan in the Relegation Final on Saturday 8th October at 4.00 pm in Templetouhy.

The Junior ‘C’s will take on Kilruane MacDonaghs in Round 3 of the North Championship this coming Sunday evening at 5 pm in Cloughjordan. Please note change of date and time for the game.

Hard luck to the Under 15 hurlers who lost out on a 1-9 to 2-15 scoreline to Silvermines last Thursday in the North ‘B’ Semi Final. Attention now turns to the Plate competition where they will take on Ballinahinch Templederry on Monday 3rd October at 7pm in Puckane

Templemore hosted a very exciting County Under 13 ‘B’ Hurling Semi Final last Sunday morning with Kiladangan coming out on top over Sean Treacys on a 3-11 to 3-8 scoreline. It what was an end to end game, both sides put in a tremendous performance with every ball hard fought for. Sean Treacys scored the first goal of the game after eight minutes with a rasper of a shot hitting the roof of the net. Riain McGrath responded with a Kiladangan goal three minutes later only for Sean Treacys to reply with their second goal of the game on the sixteenth minute. The sides traded points for the remainder of the half with Kiladangan goalie Josh O’Shea making a brave safe to stop a certain Sean Treacys goal just before half time. Treacys led 2-6 to 1-6 at the half time break. Kiladangan started the second half well when a well finished Riain McGrath goal was followed up with a long range goal from Dylan Dwyer. Kiladangan pushed on in the late stages of the game and opened up a five point lead. However, Treacys did not wilt and scored their third goal to bring Kiladangan’s lead back to two points. Donagh Carmody responded with his fourth point of the day to secure victory after a brilliant game of hurling. Hard luck to a fine Sean Treacys team. Attention now turns to the County Final which takes place this coming Sunday 2nd October in Clonoulty against Mullinahone with the game throwing in at 1.00 pm. Please come out to support the boys.

The 2022-2023 Tipperary Draw will commence on Friday September 30th with a prize fund of €500k. A Car worth €15k or cash alternative along with cash prizes will be won each month. The draw is a key source of funding for the club so your support would be greatly appreciated. If you wish to enter then please contact Marian Minehan on 0861699564

Best of luck to the Kiladangan Junior 'A' Camogie side as they take on Moneygall this coming Saturday at 4.30 pm in Nenagh in the County Semi Final.

Under 21Hard luck to the Under 21 hurlers who lost out to...

Senior HurlingHard luck to the Senior hurlers who lost ou...